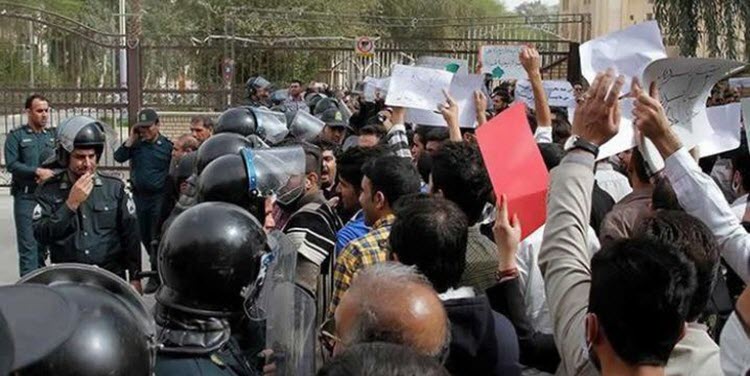 Iran is getting ready to elect its next president in May. Although the president of the country has an inferior position to the Supreme Leader Ayatollah Ali Khamenei, these upcoming elections may be significant given his deteriorating health.

There could be a transition to double leadership in Iran and it is important to turn our attention away from the country’s capital and towards border areas. We are used to hearing about hardliners versus moderates in Iran, but this is only applicable to Tehran.

More than half of the population is made up of ethnic minorities that are not Persian. For example, Arabs, Baluch, Kurds and Turkmen, to name a few. They are concentrated, for the most part, in bordered areas of the country (with Afghanistan, Azerbaijan, Iraq, Turkmenistan and Pakistan).

In these border areas there is often a lot of political activity, but it is rarely reported, at least in Western media.

In the Arab-populated region of Ahvaz one of the strongest opposition centres is found. People from the region went out in large numbers to protest the environmental issues they have been dealing with (air pollution and the contamination of water supplies).

The Iranian regime has routinely discriminated against ethnic minorities, despite its religious ideology that states that Muslims are not differentiated along ethnic lines. The country’s constitution allows ethnic minorities to have the right to print and broadcast media and to be educated in their own language. However the reality is very different – there are very few non-Persian language publications and minorities have been banned from studying or teaching their own language at school.

Being so disadvantaged, it is normal that the ethnic minorities in Ahvaz would want to pull together to protest the environmental problems they are faced with. However, we must also see that they are using these demonstrations to mobilise in a political way – and more importantly, in a safe way seeing as the authorities will allow them to demonstrate against environmental issues.

History has proven that ethnic minorities have used environmental issues to make their voices heard and to mobilise. It stirs up patriotism for their homeland and creates a buzz within the minority.

Although Western-media failed to pick up on or point out the significance of the recent protests, it was clear there was an underlying agenda based on ethnics. As the main oil producing region in the country, the recent demonstrations were so powerful that oil production significantly dropped.

With the elections coming, President Rouhani has tried to get the ethnic minorities on his side by promising that they will be allowed to use their languages in schools and courts. However, he made this same promise during the last elections and it never came to fruition.

With a large increase of activity among the minorities and the protests and displays of violence that have been witnessed in the past few months, it is clear that the minorities, especially those in the border regions, could be a force to be reckoned with. They may turn out to be an unsurmountable challenge for the Iranian regime.