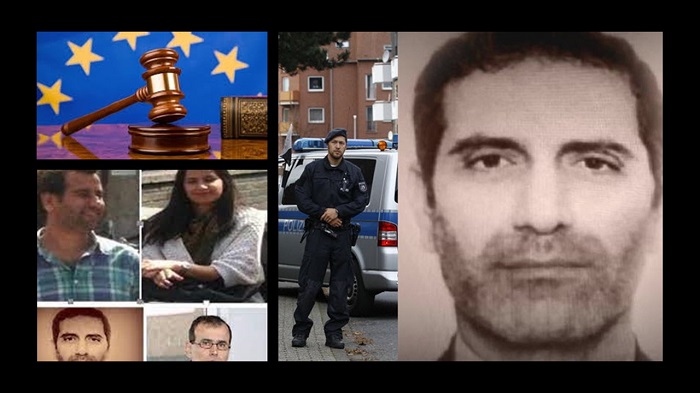 Three Iranian agents who attempted a terrorist plot in Paris had their appeal reviewed by a court in Antwerp, Belgium, on Thursday. According to incontrovertible evidence and Belgian prosecutors’ investigations, Assadi was the planner of a bomb assault on the Free Iran 2018 Rally, the annual gathering of the Iranian opposition group, the National Council of Resistance of Iran (NCRI), on 30 June 2018.

Nasimeh Naami and Amir Sadouni were captured by Belgian authorities after delivering the bomb to his operatives.

The German authorities discovered two booklets containing instructions on how to ignite the device, as well as invoices for his payments to his operators. The diplomat’s job as the chief of Tehran’s European intelligence station was exposed in the details.

Two explosive experts spoke in court, revealing the terrible magnitude of the potential victims if the bomb had exploded.

The court session on Thursday highlighted the callous and criminal reasons behind the failed attack. The Iranian regime’s Supreme Leader, Ali Khamenei, directed the operation, which targeted Mrs Maryam Rajavi, the Iranian Resistance’s president-elect, as well as other attendees at the “Free Iran” event.

According to expert testimony on Thursday, this bomb was constructed in Iran by the regime’s explosive experts. On June 22, 2018, Iran’s diplomat-terrorist Assadollah Assadi used a commercial airliner to transport the bomb from Iran to Austria. On June 28, 2018, Assadi handed the explosive to Nasimeh Na’ami and Amir Sadouni.

The bomb included 596 grammes of TATP

The bomb included 596 grammes of TATP explosive material, according to German experts. As per precise measurements by Belgian police experts, its volume was 832 cubic centimetres. The structure of the bomb, contrary to the defendants’ allegations, was meant to increase the number of shrapnel propelled by the explosion and so increase its devastating effect.

“For example, the battery was positioned in a precise way to ensure that all components were in close proximity. They would have been destroyed in the explosion, which is still a further indication that the bomb was manufactured by a professional,” the expert explained.

In addition, when being defused, the explosive partially exploded, injuring a police officer standing 80 metres away. The magnitude of the devastation may have been far higher if the bomb had fully exploded.

The device was implanted in the lining of a women’s purse carried by Nasimeh Na’ami, according to the materials in the case. The bag was kept in the couple’s car in a suitcase, and the remote control was kept in a makeup bag.

Because the target location was so crowded, the bomb’s blast may have killed or injured hundreds of people. The number of victims would have escalated as a result of the turmoil and people’s attempts to flee. The bombing had the potential to become Europe’s worst humanitarian disaster of the twenty-first century.