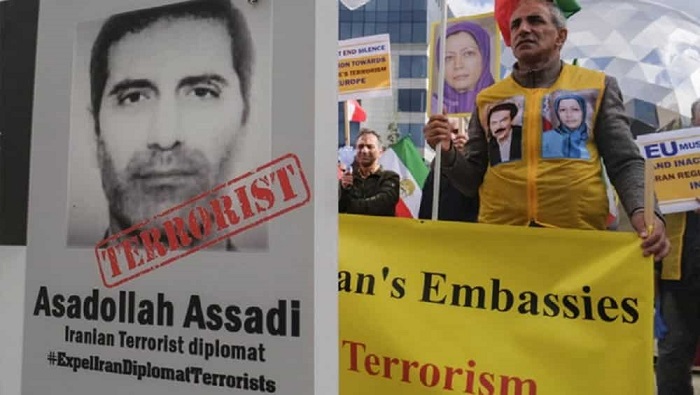 The Belgian parliament will debate and vote on a treaty with the Iranian regime, which many observers believe will clear the way for the release of Assadollah Assadi, Tehran’s diplomat-terrorist who was arrested, convicted and imprisoned for masterminding the foiled plot to bomb the 2018 Free Iran Summit of the Iranian Resistance near Paris.

“The request for the expedited release of this dear Iranian diplomat has been and continues to be among the requests of the foreign ministry and all related governmental departments in Iran since the beginning of his illegal detention, arrest, and custody, which is contrary to the Vienna Convention,” he said, according to the state-run Fars News Agency.

Assadi was sentenced to 20 years in prison after being arrested in 2019 for plotting to bomb the “Free Iran World Summit” organized by the National Council of Resistance of Iran (NCRI) in France in 2018. Many people believed that Assadi’s conviction would set a precedent and result in a firm stance against the Iranian regime’s unbridled terrorism

Kanani’s brazen remarks demonstrate how the appeasement policy, even before the disgraceful deal, emboldened the clerical regime. Tehran’s reaction to its treaty with Brussels contrasts sharply with Belgian officials’ remarks.

Belgian officials attempted to sandwich the treaty with Iran’s ruling theocracy between two other treaties in order to conceal the concessions made to the regime following the Antwerp court’s confirmation that the foiled terrorist attack in 2018 was not Assadi’s personal initiative, but was carried out on the orders of the Ministry of Intelligence and Security (MOIS).

Belgium is not only cloaking this heinous treaty in the guise of justice and humanity; it is also concealing the truth and the serious consequences of this ill-advised deal. The remarks of Iran’s Foreign Ministry attest to this reality.

This treaty “comes as European leaders are panicking over energy prices and are increasingly eager to repair relations with Iran in the hope that the Islamic Republic can resume its role as a major supplier of oil and gas,” Politico wrote on July 1.

Even if one accepts the reasoning advanced by the Belgian government to justify this treaty, the argument falls short given that the mullahs do not respect any treaty or arrangement and prioritize what is best to save their ominous rule.

Did the release of terrorists like Anis-Al Naqqash, who attempted to assassinate an Iranian dissident in France, reduce the regime’s terrorist activities or encourage it to plan a large bombing in the heart of Europe in 2018?

Did the Iran nuclear deal, formally known as the Joint Comprehensive Plan of Action (JCPOA), prevent Tehran from moving forward with its nuclear program? Or assisted it in secretly running its nuclear weapons program while receiving a windfall of cash from Western governments to fund its illegal activities?

Did negotiations with the regime prevent the mullahs from ramping up executions and mass killings in Iran while ignoring dramatic human rights violations? Didn’t it lead to the election of a mass murderer, Ebrahim Raisi, as President?

When is the lesson going to be learned? When your head is in the mouth of a wolf, you cannot reason with it; you must kill it. Anything less than a firm stance toward the regime would endanger not only Iranian dissidents but also millions of Europeans.