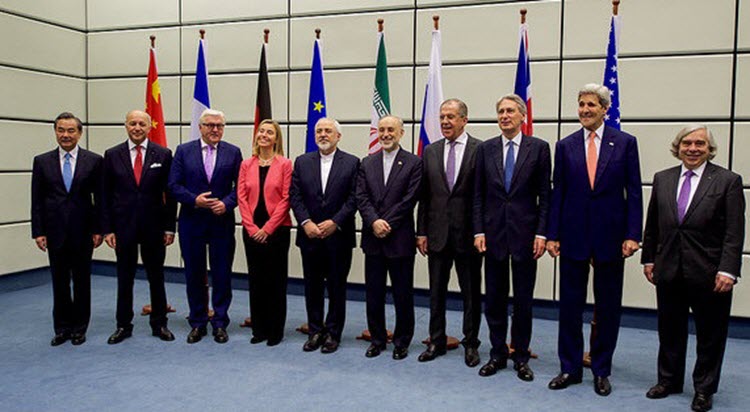 Iran has test-fired several more ballistic missiles just three weeks after it was put “on notice” by the United States. Washington declared that Iran was being put on notice because Iran blatantly disregarded the terms of the nuclear deal and a UN Security resolution.

In 2015, the nuclear deal was struck between Iran and the United States, France, Germany, Britain, China and Russia. The purpose of the deal was to show Iran’s commitment to reducing the nuclear programme it was sitting on in exchange for international sanctions being lifted.

Trump said that the deal was the “worst deal ever negotiated” and called it “disastrous”. Before becoming President, he said during the election campaign that his highest priority would be to scrap the nuclear deal.

The Islamic Revolutionary Guards corps is currently holding a three day drill in the central desert in Iran. In a provocative move, an Iranian state television channel showed a video of missiles being fired from rocket launchers. The rocket launchers were propped up on the back of military vehicles.

The head of the revolutionary guard ground forces, General Mohammad Pakpour, said on television that the testing was to send a message and to show “any potential adversaries we are ready to give a crushing response to any threat”.

Pakpour said that some of the rockets that were tested had ranges of more than 60 miles. Others, like the shorter range fajr-3, fajr-4 and fajr-5 missiles, were also tested at the same time.

Earlier in the month President Trump said on Twitter: “Iran has been formally PUT ON NOTICE for firing a ballistic missile.” Iran, however, denies that the nuclear deal was breached because none of the missiles it tested are capable of carrying nuclear warheads.

The Foreign Minister of Iran, Mohammad Javad Zarif, said that Iran does not need to excuse what it has done. He said: “Tehran does not need permission from foreign countries in order to exercise its legitimate rights.”

However, the Vice President of the US, Mike Pence, has already warned Iran that the “golden years of Obama are over” and that President Trump should not be underestimated. He warned: “Iran would do well to look at the calendar and realise there’s a new president in the Oval Office. And Iran would do well not to test the resolve of this new president.”