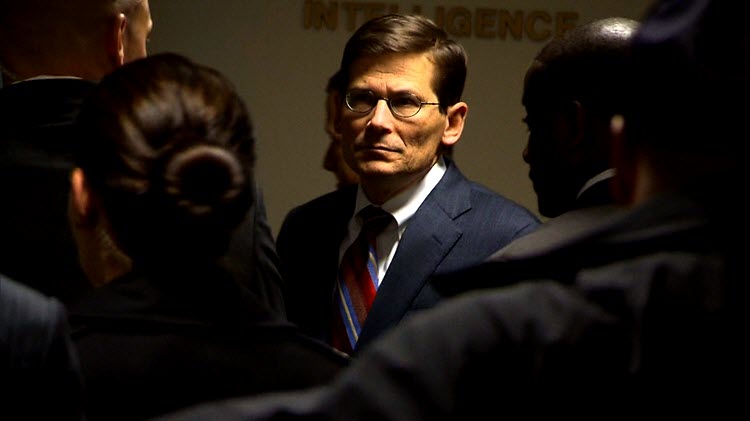 Michael Morell, a former acting director of the CIA and a national security adviser to Hillary Clinton, this week proposed that the U.S. should go to war with Iran to secure Saudi Arabia’s influence in Yemen.

Morell, an opponent of the Iran nuclear agreement, a defender of waterboarding, and an advocate for making Russia “pay a price” in Syria by covertly killing Putin’s soldiers, is “widely expected to occupy a senior post in her administration” stated  Eric Levitz for NYmag.com.

Morell said: “Ships leave Iran on a regular basis carrying arms to the Houthis in Yemen. I would have no problem from a policy perspective of having the U.S. Navy boarding their ships, and if there are weapons on them, to turn those ships around.” He did however mention that this policy would raise international maritime law questions.

Although he may abandon the idea of a naval war if the legalities remain unclear, it is worrying that one of Clinton’s national security advisers believes this is a legitimate proposal. To forcibly board another nation’s vessels and confiscating their weapons would be seen as an act of war.

Levitz questions: “How many Americans (whose paychecks aren’t directly or indirectly subsidized by Gulf State monarchies) think keeping Yemen within Saudi Arabia’s sphere of influence is a cause worth entering another Middle Eastern war over?”

He adds: “How many would think so if they knew that the Saudis had recently bombed a Yemeni funeral hall, killing 140 people and leading the Obama administration to reconsider its support for the Saudi intervention? Or that some observers of the conflict contend that the Saudis are exaggerating Iran’s role, in order to justify the kingdom’s own expansionist ambitions?”

During her campaign Clinton has consulted many advisers and it seems like there is a group of “intervention skeptics” who “hope to beat back the bipartisan call for both an escalation of American involvement in the Syrian civil war and a more ‘muscular’ approach in our dealings with Iran”.

Levitz said that the best chance for those who disagree with Morell’s definition of leadership will hopefully be “Clinton’s instinct for political caution”.