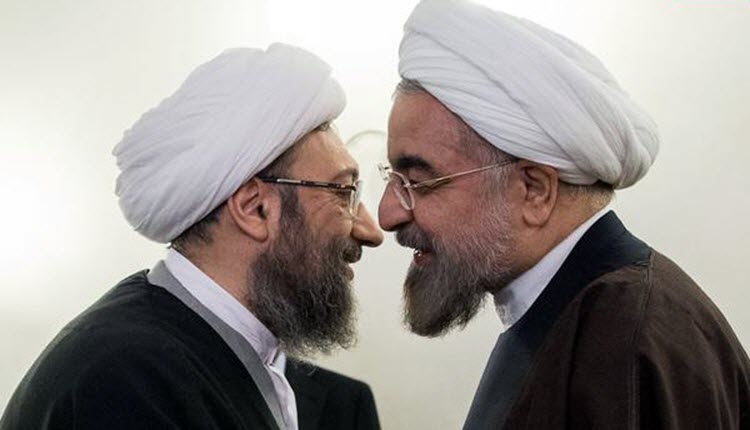 The Judiciary of Iran and the Rouhani government are at odds over a case of robbery in the amount of 3 billion dollars. The conflict arose at the peak of public outcries over social disasters.

Accusing the government of cheating, the first Deputy of the Judiciary requested that the financial resources of Rouhani’s campaign in the last presidential election be made public, reports the National Council of Resistance of Iran (NCRI).

The first Deputy and the Spokesman of the Judiciary, Gholam-Hossein Mohseni-Eje’I, in a meeting on Wednesday, December 4th 2016, stressed that the bank accounts of the Judiciary are completely transparent. When Hassan Rouhani tweeted yesterday that the government is ready to set up a system to reveal all income and expenditures, Eje’I responded, ”Well, why not? Nobody has stopped you.”

Eje’I also addressed Akbar Torkan who was the Deputy Campaign Manager of Hassan Rouhani in 2013, demanding that he release the sources of the campaign.

Akbar Torkan previously stated that Rouhani’s campaign would release the accounts information, provided that all candidates announce who they received money from in the presidential election of 2013.

The spokesman of the Judiciary said, ”I ask you how much does a person require for a presidential campaign? Certainly more than 20 billion Tomans. Well, you tell, where did this money come from?”

The conflict began when Hassan Rouhani announced last week that the Judiciary has not delivered Babak Zanjani to the Ministry of Intelligence, and it has not yet been ascertained who his accomplices were and why they are in such positions now.

Sadegh Larijani, the head of the Judiciary of the Regime, retorted to Rouhani on January 3, 2017, that Babak Zanjani donated to Rouhani’s campaign in the presidential election of 2013, as he claims.  He reiterated that, ”we do not have anything to say now. We can summon those who are alleged by Babak Zanjani and if needed we will apprehend them to figure out the case.”

The next day, Hassan Rouhani tweeted that he is ready to establish a system to provide clarification about the government’s accounts, and asked the Judiciary to release its accounts information as well.

Akbar Torkan, now the Senior Advisor of Hassan Rouhani, said in an interview with Jamaran Website that Babak Zanjani has never donated to Rouhani’s campaign.

The Spokesman of the Guardian Council, during this conflict, implicitly threatened Rouhani that he will be disqualified for the next presidential election.

According to Abbas Ali Kadkhodaei, the Guardian Council has always assessed the eligibility of presidents closely and there is no guarantee that a president will be qualified for the second presidential election.

Concerns over the growing tension and fight between the executive and the judiciary and its social consequences, have the state newspaper Ebtekar writing on Wednesday, January 4, “although giving advice is not going to work in this case as they definitely are more aware than a writer or a journalist of the consequences of their remarks in country’s political environment, but (we intend to) warn over the elite coarse talking to one another which, in addition to escalating verbal violence in society and affecting the overall social life, is going to shake our body and soul working in the press as well.”

According to the NCRI, the newspaper adds, “Making repeated accusations by country’s top officials sends the message to their supporters to fight each other with even a harsher language, and considering the presidential and municipal elections are less than five months away, it’s quite clear that in such an environment any political victory or defeat would be regarded as a victory or defeat on the battlefield.”

Ebtekar then regarding the tension between Rouhani and Larijani, the newspaper says, “Dear Mr. President and Head of Judiciary, we dare not quote some of your words, and even the official media and news agencies censor parts of your remarks.”

The newspaper eventually asked them to carefully choose their words, “so, please have our back and don’t speak in such a way so we get into trouble.”