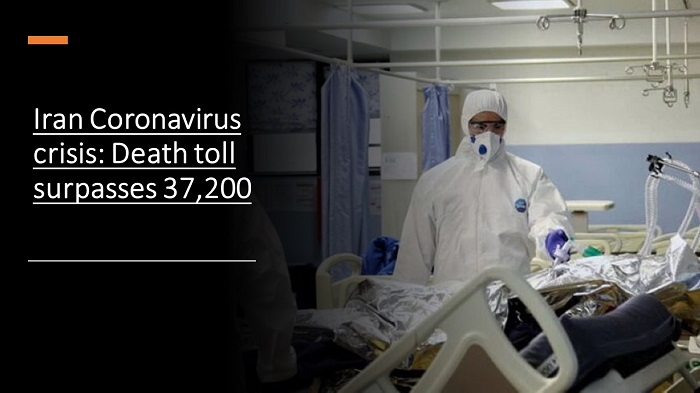 The People’s Mojahedin Organization of Iran (PMOI / MEK Iran) – the main opposition to the Iranian regime – has reported that more than 37,600 people have died in Iran after contracting COVID-19. This is deeply concerning considering that the daily death toll is rising at an alarming rate so long after the start of the outbreak.

The outbreak has spread to 308 cities across the country and every single province has been affected.

The people of Iran are obviously very worried about how the regime is managing the situation. They have watched the Iranian government contradict itself over claims about the progress of the virus and they have seen the Iranian president make some very ill-informed decisions.

Despite the outbreak not being under control, Iranian President Hassan Rouhani has announced that religious sites across the country would be re-opened at the beginning of next month. This is despite warnings by scientific and medical experts saying that this action would result in another massive increase of COVID-19 cases. The experts also warned that this would result in the already struggling health service becoming even more burdened.

The #Iranian regime has decided to reopen religious sites across Iran at the beginning of May.https://t.co/8GP6R1yW6T#Iran #MEK #COVID19 #coronavirus @USAdarFarsi pic.twitter.com/d5rmBCSEYP

President Rouhani and Supreme Leader Ali Khamenei have made it very clear that they do not care about the humanitarian consequences of this health crisis. The Supreme Leader has spoken many times about the Coronavirus outbreak, but he has not expressed his sympathy to the families and loved ones of the tens of thousands of people that have died.

Medical workers across the country are putting their own lives at risk to help those that are gravely ill with the virus. Many doctors, nurses, medical workers, and other front-line workers have already died after becoming ill themselves and this number is only going to increase as time goes on. Those that are on the front-line are also risking the lives of their family members too. It is a direct consequence of the pressure that they are under that many are suffering from mental health problems.

The decision to reopen religious sites is a purely selfish one. The regime makes huge sums of money from religious sites, which is then plundered on the regime’s terrorist and other malign activities. Religious sermons including Friday prayers are also a way for the regime to spread propaganda and to manipulate the population. It has been deprived of this propaganda tool since its closure.

In order to make it appear that the regime is in full control of the outbreak, the Ministry of Health has been declaring cities across the country as “white areas”. However, many experts are saying that this is completely foolish. They say that many of the areas that have been declared as being COVID-19 free are still struggling with many cases of the virus. In many of these areas, the death toll and the number of hospital admissions are on the rise.

The Iranian regime’s negligence is criminal and it is time for the international community to intervene urgently. The people of Iran are being made extremely vulnerable by the regime.