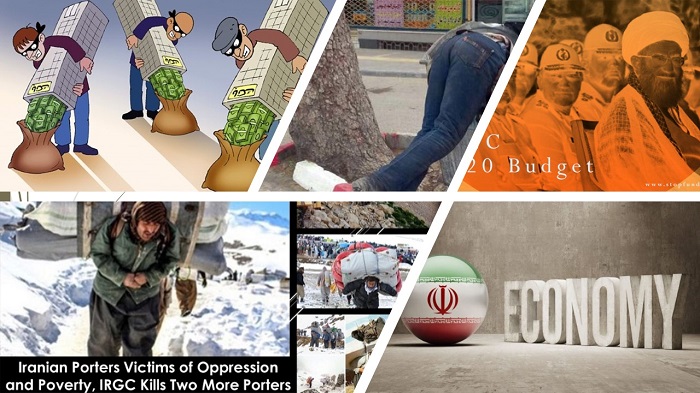 On February 4, a heart-breaking video of a young mother begging for two eggs to feed her children went viral on Iranian social media, with the promise of paying for them later. As a result of increased costs, more Iranians are being forced into poverty and unable to make a decent livelihood.

The cost of basic consumer goods is increasing on a daily basis. Many basic goods, such as bread, rice, fish, and other items, have increased by 142 percent, according to Iran’s state media. With a 261 percent growth, lentils are in the first place. Chickpeas come in second with 218 percent and sodas come in third with 201 percent. For lunch, the majority of employees consume merely bread and soft drinks.

“Prices rise at breakneck speed, and people can only watch in despair,” the publication continued. Red meat and chicken are popular foods in people’s dreams. Rice is becoming more expensive, and potatoes have turned into gold!”

Many goods are imported at the official exchange rate of 42,000 rials to the dollar. However, because some foods, such as Iranian rice, fish, potato, and lentil, are domestically produced, their prices are rising.

“The two variables of money and shares in innumerable state-owned enterprises, combined with the factor of monopoly, have allowed the Iranian government to exert influence over the economy despite the fundamental equations of the market.” Embezzlement, hoarding, and the formation of a mafia that has captured all aspects of the economy are the results,” the state-run Eghtesad-e Pouya daily wrote on February 8.

“Everyone knows that domestic products, such as meat, chicken, fruit, vegetables, and a variety of other daily-priced things, have little to do with sanctions and pressure from this or that foreign administration,” Eghtesad-e Pouya stated.

On January 30, Ali Khamenei, the regime’s supreme leader, admitted that “the major source of these difficulties is not sanctions.” Wrong actions and a failure to act have a significant role in the emergence of these issues.”

Ebrahim Raisi and his government have boldly stated that the inflation rate has fallen since Khamenei appointed him as the regime’s president in June. Meanwhile, according to Iran’s Statistic Center’s contrived data, the inflation rate is hovering around 45 percent.

On January 12, one of the regime’s economists, Hossain Raghfar, dismissed Raisi’s statements. “For many years, officials in the Iranian economy have generated misleading data, leading to widespread public distrust of official data and statistics,” he said, adding, “The statement of a fall in inflation is not in keeping with the people’s livelihood.”

In a nutshell, Iran is in the midst of a devastating economic catastrophe. Prices are soaring, inflation is rife, and more people are joining the ranks of the unemployed every day.   They are, however, aware of the true reason for the country’s economic crisis: the regime. This explains why Iranians from all walks of life stage daily rallies and demonstrations to protest their dire financial situation, but also to criticize the ruling theocracy’s corruption and ineptness.