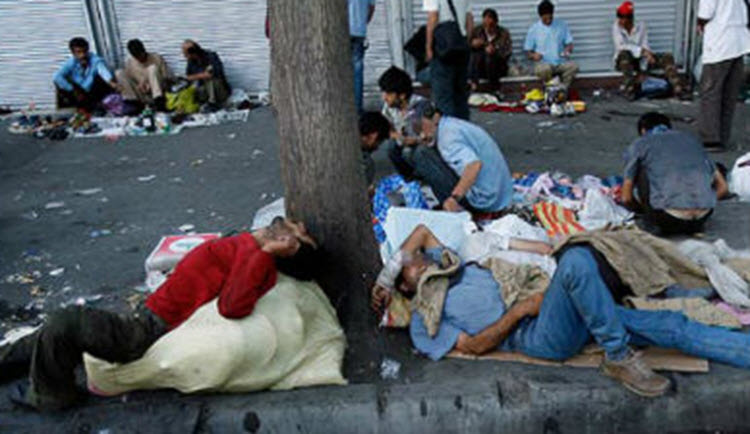 Mohammad Reza Badamchi, a member of the reactionary Parliament from Tehran, spoke in Parliament on 18th October. He spoke about the horrific wave of poverty, unemployment and hunger in Iran. He said that due to the ignorance and neglect of some officials, many opportunities have been missed over the past few years. He said: “…the unworthy have placed a lot of obstacles in the way of growth and development of the country, a huge amount of news in media and social research is dedicated to the too bitter and heart-rending content on the devastating tsunami of poverty, hunger and unemployment.”

The National Council of Resistance of Iran (NCRI), in an article on their website, emphasises the crisis the country is faced with. Badamchi said that some of the widespread poverty, social failure, marginalisation and other critical issues in towns across Iran is due to rural urban migration.

He said: “This human catastrophe, poverty and hunger, will be going to plague Iran with devastating social disasters unless an emergency, urgent yet proper policy to fight against social harms is adopted. Having 11 million marginalized people, namely one eighth of Iran’s population, is a painful crisis.”

With regards to combatting these issues, Badamchi said: “While the Islamic Republic of Iran has tough opponents across the world, we should not allow some individuals and small groups inside Iran intentionally or unintentionally act or speak in such a way so as to serve the interests of our enemies.”