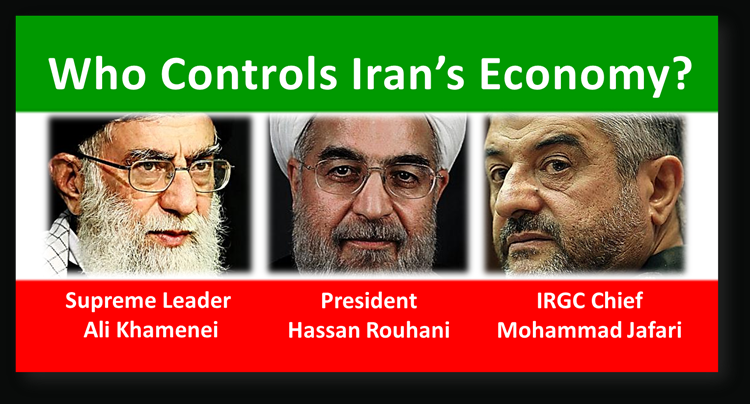 It has been announced that the Iranian government’s plans for petroleum, gas, oil, transport, dams, water transfer, telecommunication and IT are assigned to a group affiliated with the Iranian Revolutionary Guard Corps (IRGC). The news was confirmed by Hossein Dehghan, the regime’s Minister of Defense.

On Thursday 29th December last year Dehghan visited an exhibition named ‘IRGC’s power in construction’. He said that by the end of the year the 50 best-laid plans in the national economy will be consigned to Khatam-al Anbiya Headquarter.

Mohammad Bagher Ghalibaf, the Mayor of Tehran, has a high position in Khatam-al Anbiya Headquarter and it is thought this is the reason for large construction jobs such as the building of bridges being given to sub-groups of the company such as Qaem, Nouh, Karbala and Kowsar.

Activity in the company will not be limited to one area – it takes big projects and micro-economic plans. Projects they will be involved with include the Sadr Highway in Tehran, Gatun Dam, the phases 15 and 16 of South Pars gas-condensate field and the highway project that connects the two holy shrines from Qom to Mashhad.

The report claimed: “Khatam-al Anbiya Headquarter is provided with special privileges such as tax exemptions that facilitate its economic activity. It has also power and permeability in governmental organizations and economic sections. With such dominance, the legal barriers will be removed and the projects will be channeled for Khatam-al Anbiya. In addition to that, unlike other economic actors, this headquarter does not endure any ordeal by monitoring bodies.”

It added: “As the Supreme Audit Court of Iran stipulates, the General Inspection Office and other monitoring bodies (even the Intelligence Organization of IRGC) do not have the right to enter and inspect the activities of Khatam-al Anbiya Headquarter. The only authority that supervises the headquarter is the Intelligence Protection of IRGC which does not basically monitors the economic activities or it cannot have an audit or financial tracking in the performance of the headquarter. In such situation, the corruption is expected to grow.”