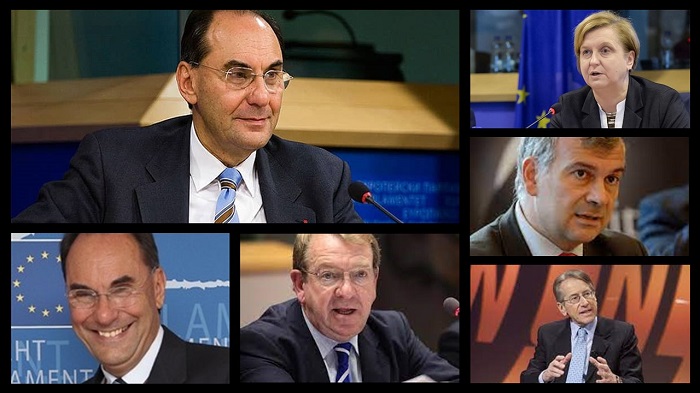 A group of prominent European legislators attended a conference on the eve of International Human Rights Day on December 10 to discuss Iran’s deteriorating human rights status. Members of the European Parliament have called on the EU and its member states to recognize the “genocide and crime against humanity” committed in Iran in 1988.

“This was a mistaken view and a wrongheaded policy.”

Mrs. Maryam Rajavi, President-elect of the National Council of Resistance of Iran (NCRI), joined the conference remotely and delivered the keynote speech.

“As far as the international community is concerned, silence and inaction vis-a-vis this brutal crime amount to appeasing Iran’s ruling murderers… Such inaction emboldened the Iranian regime and led to the worsening of the human rights situation in Iran. The European governments remained silent and turned a blind eye to the slaughter of political prisoners and the crackdown on protests, thereby, giving the regime an open hand to continue its atrocities. They thought the human rights abuses would be limited inside the Iranian borders. The experience of the past three decades has proven that this was a mistaken view and a wrongheaded policy.”

“I urge you to take the lead and initiate a movement so that Europe stands with the people of Iran, with the families and survivors of the 30,000 massacred political prisoners in 1988, with the protesting women and youth, and with the people and innocent children of Isfahan whose eyes were blinded by the IRGC’s pellet guns,” she explained.

“I specifically urge you to adopt a resolution in the European Parliament, which would recognize the 1988 massacre as a genocide and a crime against humanity,” Mrs. Maryam Rajavi added.

The ceremony on Tuesday and its attendees highlighted how Iran’s already dire human rights situation has worsened since Ebrahim Raisi, a “henchman of the 1988 massacre,” became the regime’s president in June.

In 1988 Iran set up a death commission

“In 1988 Iran set up a death commission they ordered the mass murder of political activists. This death commission was made up of 4 people. Ebrahim Raisi, Iran’s current president was one of the four-member of the death commission,” said Milan Zver, MEP from Slovenia, Vice-Chair of the Committee on Culture and Education.

“It is our duty to defend our values not only in our countries but also across the world. This is why we must support the protests in Iran and condemn the suffering of the people of Iran. The 1988 massacre was a crime against humanity. Huge human rights violations in Iran are taking place right now. Many people in the European Parliament support your cause. We must put pressure on the international community to condemn the human rights violations of Iran’s regime.”

As underlined by Benjumea, this conference urged the international community to launch an independent investigation into the 1988 massacre of over 30,000 political prisoners and other crimes committed by the mullahs’ regime, including the brutal killing of over 1500 peaceful protesters during the November 2019 uprising.

“The UN must shed light on the 1988 massacre. The families of the victims must see justice served,” Giulio Terzi, former Italian Foreign Minister, explained. “There’s no more room for excuses. Officials have a moral obligation to condemn the regime’s human rights violations.”