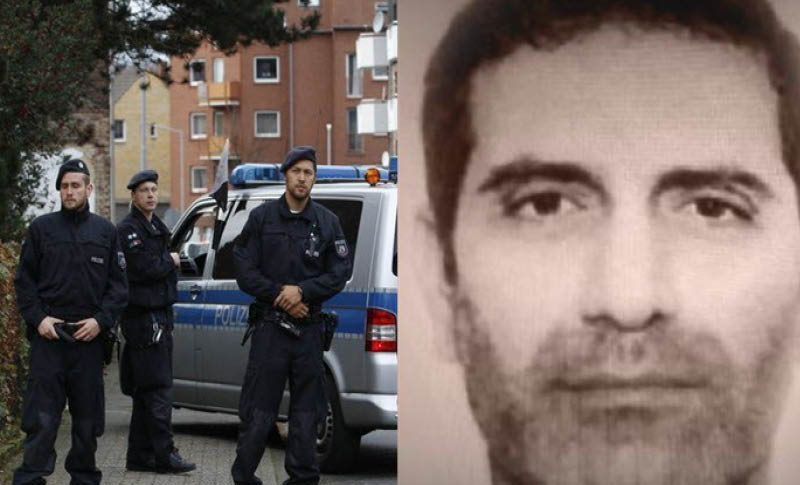 On Friday, the fourth session of an appeals court for three Iran-linked terrorists in Antwerp, Belgium, disclosed new details about a foiled terrorist attack that may have killed hundreds of people. The attempted scheme was aimed against a huge gathering of the Iranian opposition in Paris in 2018. It was orchestrated by the highest levels of power in Tehran.

Assadi carried the bomb in a diplomatic pouch on a flight

Assadollah Assadi, a Vienna-based diplomat and the mastermind behind the operation, had personally carried the bomb in a diplomatic pouch on a flight from Tehran to Vienna, having financed, managed, and coordinated the actions of the three other agents. Before they could carry out their attack, European officials apprehended all four.

Assadi’s diplomatic immunity was revoked by an Antwerp court earlier this year, and he was sentenced to 20 years in prison. Nassimeh Naami, Mehrdad Arefani, and Amir Saadouni, his accomplices, were sentenced to 18, 17, and 15 years in prison, respectively, and their Belgian citizenship was revoked as a result of their involvement in the plot. Assadi gave Naami and Saadouni a 500-gram explosive package and told them to position it near Mrs. Maryam Rajavi, the president-elect of the National Council of Resistance of Iran (NCRI), who would be attending the event.

Arefani was functioning as Assadi’s eyes and ears.

In Villepinte’s exhibition hall, where the gathering was taking place, Arefani was functioning as Assadi’s eyes and ears. His phone had an unsent message from Assadi with the text “Ok” on it.

Naami, Arefani, and Saadouni have filed an appeal, alleging they had no idea explosives were used to kill people. The defendants claimed that they believed the device was planted solely to scare the audience. The appeal’s first hearing was placed on November 17. Bomb experts chimed in on the case on Friday, providing technical specifics on the bomb’s impact.

According to one of the experts, if the bomb were to be detonated, it would work similarly to a bullet, revealing that it was put together by a professional. The bomb elements were designed in such a way that they would spread like shrapnel and inflict significant damage. As per the expert, the blast itself could be fatal.

The device had been designed to pass the scanners

The device was estimated to be lethal within a 53-meter radius, or around 9,000 square meters, by the second specialist. However, the bomb’s devastating power would extend beyond this range. The device had been designed to pass past scanners without setting off the alarm.

It’s worth noting that a police officer standing at 80 meters was hurt during the bomb’s disposal, despite the fact that the explosion was partial and less effective because it occurred in an open space. It would have caused serious casualties if it had been detonated within the hall or behind a chair.

During the court hearing, the plaintiffs’ lawyer from the NCRI exhibited images of the Free Iran 2018 gathering, which drew hundreds of people, including small children. The consequences of the explosion would have been considerably more deadly in such a densely packed crowd.

It is important to mention that the three people in court in Belgium are part of a very wide network of terrorists controlled by the regime in Europe. The police discovered a ledger of payments to hundreds of persons acting on behalf of the Iranian dictatorship and spying on Iranian dissidents or assisting in the plotting of terrorist plots in the documents taken from Assadi’s vehicle.

The Iranian Resistance has requested that Assadi’s network be uncovered, and that regime operatives in Europe who pose as asylum seekers be deported from their host countries.