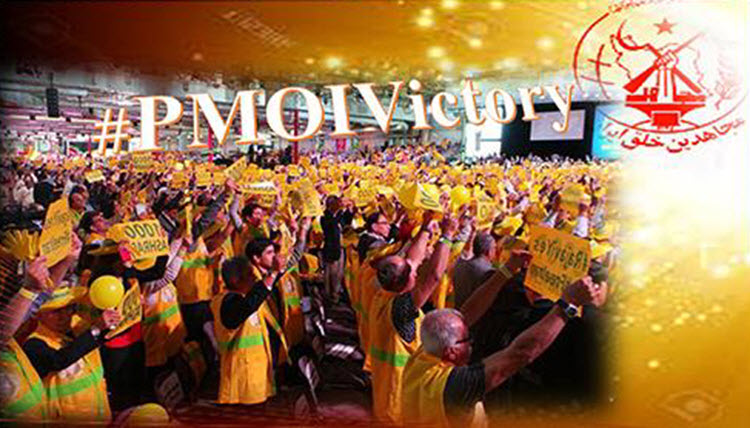 Dr. Majid Rafizadeh, an American Harvard-educated political scientist, president of the International American Council on the Middle East, business advisor and best-selling author, wrote an article for the Huffington Post about the recent presidential election in the U.S. He pointed out that for some, the election of Donald Trump was a surprise, or even a shock. He added that people are slamming potential Cabinet nominees before anything official has been announced.

He mentioned Daniel Benjamin – a former Coordinator for Counterterrorism at the State Department who recently posted an article about the potential Cabinet nominees. He said that on 23rd November Benjamin “launched a broadside” against the PMOI / MEK (the People’s Mojahedin Organization of Iran/Mujahedeen-e-Khalq). The PMOI is the main Iranian opposition movement.

Benjamin criticised several former U.S. officials (namely ex-mayor of New York City Rudy Giuliani) for being involved with the MEK. He said: “With Giuliani, as perhaps with Gingrich and others, the attraction to the MEK may be more grounded in plain old greed than foreign policy.” Dr. Rafizadeh, however, points out that evidence proves that the mainstream MEK “was not responsible for the killing of U.S. citizens in Iran”. He said: “Rather, those assassinations were the work of a breakaway Marxist-Leninist faction, known as Peykar, which hijacked the movement after the arrest and execution of the leaders of the MEK and killed both the MEK members who resisted the hijacking of their organization and several Americans in Tehran.”

In 1979, during the Revolution, Massoud Rajavi upon his release from prison started to rebuild the PMOI that was badly damaged after the Peykar situation.

Yet, Benjamin wrote that the MEK’s “inclusion on the FTO list underscored a central principle of U.S. counterterrorism policy, namely, that the target of terrorist violence is irrelevant, and the killing of innocents to advance a political agenda is always wrong.” However, Dr. Kenneth Katzman, a Specialist in Middle Eastern Affairs at the Congressional Research Service said that State Department reports on international terrorism up to 2011 did not assert that the MEK ever targeted civilians intentionally. Most revealing though is that the European Court and the United States ruled in favour of the MEK.

Dr. Rafizadeh suggests that to move forward we must look forward. The election has happened and the result cannot change. He mentioned that the former Camp Liberty residents are now safely in Albania and elsewhere in Europe. That leaves the issue of U.S. policy on Iran. Although some want to continue with the policy of appeasement, many others want the Iranian regime to be held accountable for the country’s terrorism and hostility again the U.S. Many want Iran to face further sanctions because of its appalling human rights record and meddling in the Middle East.

Dr. Rafizadeh said: “For its part, we cannot escape the fact that the MEK appears to be the single most important internal player that can facilitate the democratic change in Iran, as they have demonstrated their extraordinary ability to organize. That explains all the criticisms and attacks on the MEK as well as on those who espouse a favorable view about the MEK, including dozens of senior bipartisan former government officials, such as Mayor Rudy Giuliani, Speaker Newt Gingrich, Governors Howard Dean, Ambassador John Bolton, Secretary Tom Ridge and Governor Edward Rendell. The proponents of the appeasement policy should realize that the tide is turning, they won’t succeed in resisting it.”