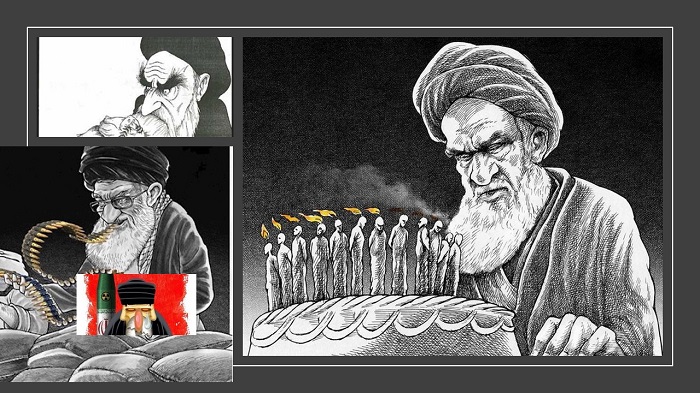 Ruhollah Khomeini, the Islamic regime’s previous Supreme Leader, emphasized that “keeping the state is one of the most fundamental religious and intellectual tasks” after usurping power in Iran in 1979. He made it clear that the necessity to protect clerical rule meant that religion and state should be perpetually inseparable.

Separation of religion and state demands were regarded as anathema under Khomeini’s presidency and those of his successor, Ali Khamenei. The mullahs understand that a split like this, which has been advocated over the world since at least the Enlightenment, will hasten the regime’s demise.

The significant divide within the ruling establishment

However, there are now cries from within the clerical regime indicating the beginnings of a significant divide within the ruling establishment. This struggle demonstrates that new trends are emerging that understand the practical necessity of separating religion and state, owing principally to worries of a public uprising.

Taghi Rostamvandi, Minister of Interior and Head of the Social Affairs Organization, said on January 16 that “many indications reveal that the desire to create fundamental changes in the country is on the rise,” according to the official news agency IRNA.

He said there is a “trend in governance that we may describe as a secular tendency, which is really dangerous and alarming” in a separate TV interview.

“Some clerics should be warned against aligning with others,” Hosseini Bushehri, the chairman of the Qom Teachers’ Association, said on state television on January 24. They deny their roots, claiming that religion and politics must be kept separate!”

“Deviation within the system”

Mohammad Ali al-Hashem, the Supreme Leader’s representative in East Azerbaijan, spoke of a “deviation within the system” and a “scourge called propagating the idea of separating religion from politics, which is a plague that threatens the system” when giving his Friday Prayer sermon.

“Some seminarians and religious authorities are talking about divorcing religion from politics, and they’re pointing in the wrong way!” said Ahmad Khatami, an extremist preacher loyal to Khamenei, speaking in Tehran on January 23.

The current tendency, which leads to the rejection of the entire clerical system, is not coincidental, according to Khomeini. Rather, it is the result of a fascist administration becoming engulfed in huge crises that it contributed to. The impending revolution against the regime has been exacerbated by these crises.

“Some scholars are making their minds about quitting the seminary, which is to be regarded seriously,” Jafar Sobhani, a senior priest in Qom, remarked on January 15.

On January 15, Hassan Rahimpour Azghadi, a former IRGC commander and extreme ideologue claimed, “Young clerics say people are cursing us.” “People spit on me,” said Mohammadreza Zaeri, a cleric who works on state television, “hurl harsh remarks,” and “a taxi driver refused to give me a ride, claiming he won’t have a cleric as a passenger.”

The public demand for a secular and democratic Iran is growing. Even regime authorities can no longer ignore them since they are becoming increasingly vocal. Inside the ruling establishment, whispers of “separation of religion from the state” have become so obvious that Khamenei has been obliged to warn of “split” and “confrontation” inside the system.