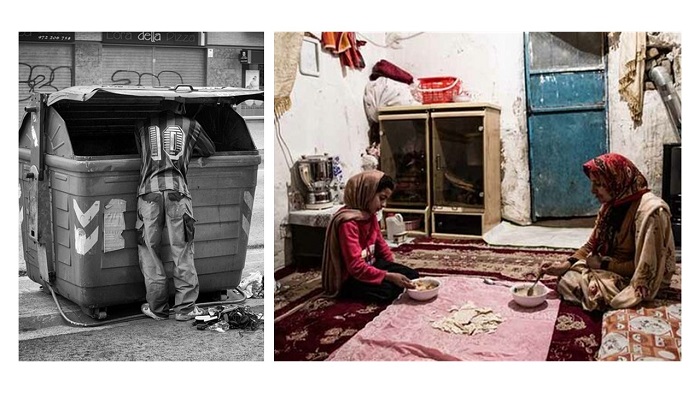 The Persian New Year of 1401, also known as “Nowruz,” or “the New Day,” begins on March 20. For Iranians, it will be a new day, with even greater economic disasters than yesterday.

Because of the mullahs’ destructive policies, Nowruz, with its spectacular festivities, is no longer a harbinger of joy and rejoicing for Iranians, contrary to what the regime’s apologists are attempting to claim. People are unable to follow their country’s most important traditions; parents are unable to purchase gifts for their children, invite relatives over, or set up their colourful “Haft Sin (Seven ‘S’)” table.

“Most people cannot afford to buy what they need on the eve of Nowruz. They cannot buy clothing, food, home equipment, etc. On March 15, the state-run Etemad newspaper said, “This circumstance presents a clear image of rising poverty, widening social distances, and people’s dwindling purchasing power.”

“Those officials who speak of eradicating poverty in two weeks should visit the market and see the visibly disturbed and ashamed eyes of those parents, whose share from the bustling market is their children’s envy and their own increasing rage,” Etemad daily wrote, mocking Raisi’s empty promises while referring to people’s outpouring of rage due to their increasing financial woes.

March 20 marks the beginning of the Persian New Year of 1401, known as “Nowruz,” or the new day. Indeed, it will be a new day for Iranians, with more economic calamities than yesterday.#Iran#Nowruzhttps://t.co/emhqzFosSM

Raisi’s government recently made a big show about boosting salaries and providing workers and government employees New Year’s bonuses. However, state-run media admitted that these claims were hollow.

In other words, workers’ pay rises by 20 million rials, bringing their daily wage to roughly $8.

“In a country where the lower classes’ consumer basket is limited to necessities of life due to chronic poverty, an increase in the minimum wage, in the absence of economic growth and prosperity that has increased the production and import costs of these basic goods, injects massive inflation into the country’s economy,” the Donayay-e Eghtesad daily reported on March 17, quoting Hossein Selahvarzi, Vice President of the Iran Chamber of Commerce.

“Announcing a minimum wage that has no impact on economic growth has become the governments’ manoeuvre to say they are sensitive about people’s fate,” says one official.

“These pathetic plays do not positively affect workers’ lives. These decisions come at a heavy cost to Iranians, who are already dealing with rising inflation and unemployment,” he remarked.

“Why should Iranians, who sit on an ocean of oil and gas, have to suffer so much?” is an obvious question. The regime’s corruption, ineptness, mismanagement, and squandering of national wealth on terrorism are the quick answers.

Iran’s devastated economy has turned the country into a ticking bomb. The fact that people from all walks of life are protesting and blaming the regime for making their lives miserable is evidence of this. Fearing another uprising and the eventual explosion of dissent in Iran’s fragile society, state media and officials have warned of another uprising and the ultimate eruption of dissent.

“This scenario can no longer be tolerated.” If the current circumstance continues, we will see a social explosion this year, if not next year!” Arman-e Meli issued a warning.