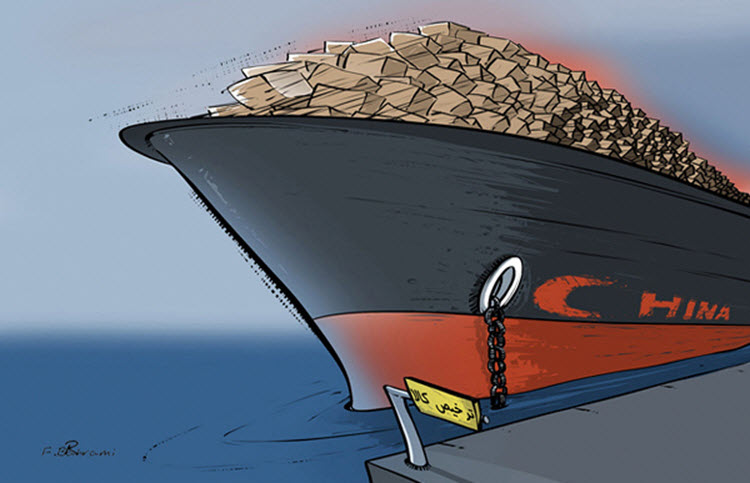 Domestic production in Iran is falling because governmental organisations are importing a huge number of products from abroad. This has caused many businesses to go out of business in Iran and of course many people have lost their jobs as a result.

Experts believe that 100,000 jobs have been lost and goods worth over one billion dollars have been imported into the country. They call it institutionalised smuggling.

The Head of Iran’s Central Task Force to Combat the Smuggling of Commodities and Currency said that the smuggling of commodities has been increasing with every year and the figures in foreign trade are high.

The Iran-China Chamber of Commerce Vice President also agrees that domestic production has been badly damaged by the smuggling. He added that it affects consumers and producers alike. “Trafficking is the result of our opaque economy. As long as there is no transparency and competition in our economy, we will have the issues such as smuggling commodities, embezzlement or other economic corruptions.”

Head of Iran’s Association of Imports Mohammad Hossein Barkhordar said that some regime officials are economically corrupt and are participants of bribery and smuggling.

Mohammad Hossein Barkhordar was the other participant of this interview. He acknowledged that the agents of the regime are involved in economic corruption, smuggling and bribery. The head of the Food and Drug Administration of the Ministry of Health and Medical Education said the entry path of illegal imports is via Iranian Customs.

Last November the deputy head of the Headquarters for Combating Smuggling Commodities and Foreign Exchange declared that almost two thirds of the ports in Iran are illegal – including military, petroleum, trade, police and fishing ports.

Last year during a dispute, President Hassan Rouhani accused the IRGC of being corrupt and involved in smuggling activities.

In a shocking example, it is believed that around ninety percent of all mobile phones are smuggled into the country. More than 2.6 billion dollars worth of beauty products are illegally imported, and most are fake. Furthermore, most clothes are imported as is around 500 million square metres of fabric.

Smuggling is not just happening with the Iranian government’s knowledge – it is nearly entirely carried out by the government.