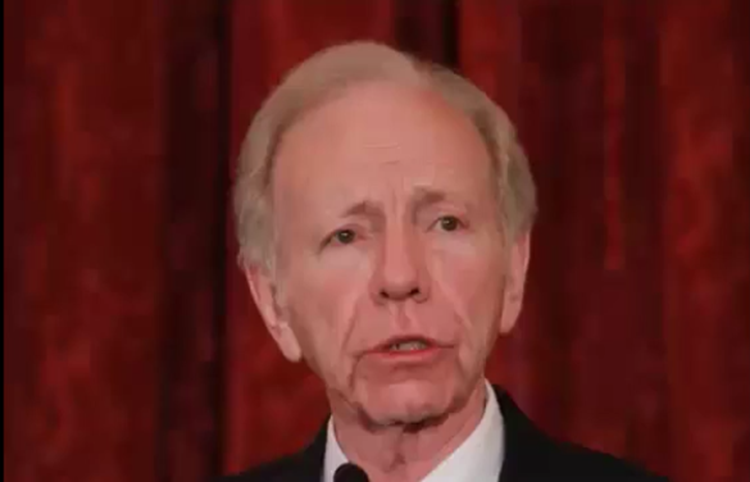 Despite his support for Hillary Clinton as president, Former Democratic Senator Joe Lieberman is hopeful that the Trump administration will make a big difference concerning U.S. policy on Iran. At a Capitol Hill event arranged by the Organization of Iranian American Communities he said: “I must be very upfront for those that don’t know, I supported Secretary Clinton’s candidacy. But I’ll tell you when it comes to Iran that the change from the Obama administration to the Trump administration is, I think, a hopeful one.”

Lieberman is chairman of a bipartisan lobby group that opposes the Joint Comprehensive Plan of Action (JCPOA), United Against a Nuclear Iran. He has been open about his opinions on Obama’s approach to Iran saying that it was so focused on recreating ties with Iran that it forgot “our values” as well as the country’s allies in the region. He said: “It forgot where we come from, who we are as Americans, which is to focus on freedom – of which there is none in the Islamic Republic of Iran.”

President-elect Donald Trump has been very honest about this thoughts on the Iran nuclear deal, calling it a “disaster” – and Lieberman agrees with this. Trump has said that if necessary he will scrap the deal, or at the very least renegotiate it.

Lieberman said that as a new administration is coming, it is great news that it is willing to challenge the Iran nuclear deal instead of defend it. He also said that he hopes the new administration is going to tackle the domestic issues in Iran and its export of terrorism. Iran is rife with executions which are on the rise. The Iranian people are worse off now than they have ever been and are crying out for human rights and democracy in the country.

The country’s Islamic Revolutionary Guard Corps (IRGC) is a terrorist organisation and Lieberman said that designating it as such can have “severe economic consequences on the regime”. CNS News highlights that Iran is at the top of the list terror-sponsoring states, mainly because of activities carried out by the IRGC.

Senator John McCain (R-Ariz.), chairman of the Senate Armed Services Committee and the ranking member of the Senate Foreign Affairs Committee, said that Iran cannot be trusted. At the beginning of the year, Iran took U.S. sailors and humiliated them on state TV. He said it was completely horrifying to see “American sailors, fighting men and women on their knees, with their hands clasped behind their neck. That is an act that I have not seen in many, many, many years.” To make matters worse, Secretary of State John Kerry, thanked Iran for releasing the sailors. He said: “The action of our secretary of state was to thank the Iranians. That picture, as you know, was all over the Middle East, of American servicemen and women being humiliated by Iranians.”

However, he noted that the incoming administration will have an “outstanding military officer” as secretary of defense – retired Marine General James Mattis. As someone who has known him for a long time, McCain said that he is confident Mattis understands Iran very well.

Mrs. Maryam Rajavi, President-elect of the National Council of Resistance of Iran (NCRI), spoke at the event, saying that the Iranian regime needs to be taken on in order for radical Islam and terrorism to be tackled.

She said: “There is no doubt that drying up the swamp of fundamentalism and extremism under the banner of Islam, either Shi’ite or Sunni, can only be made possible through confronting the Iranian regime, the godfather of fundamentalism and terrorism. In other words, fighting ISIS cannot be separated from confronting this regime. To the extent that the clerical regime is pushed back from the region the world will get that much closer to destroying ISIS.”