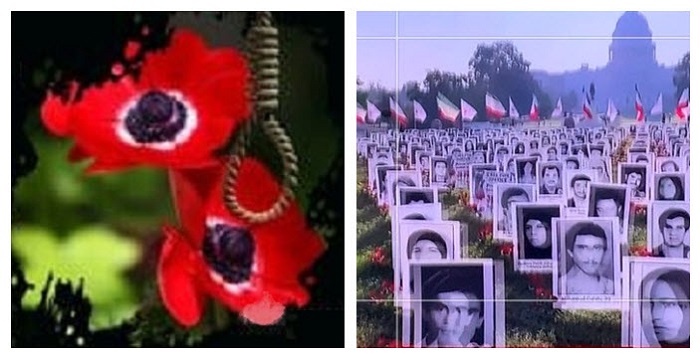 Today, perpetrators of crimes against humanity sit at the highest levels of government in Iran. Ebrahim Raisi, the regime’s Deputy Prosecutor General at the time and a key member of the Death Commission that ordered the slaughter of 30,000 political prisoners in 1988 is now the regime’s president.

“That Ebrahim Raisi has risen to the presidency instead of being investigated for the crimes against humanity of murder, enforced disappearance, and torture,” said Amnesty International’s Secretary-General, “Is a grim reminder that impunity reigns supreme in Iran.”

On the 25th anniversary of the massacre of 30,000 political prisoners in Iran in the summer of 1988, we’ll look at how the genocide affected Iranian women. Ruhollah Khomeini, the mullahs’ supreme leader at the time, carried out the massacre of anyone with ties to the Iranian Opposition Movement, the People’s Mojahedin of Iran (PMOI/MEK).

On July 20, 1988, the first group of women were executed. At least five female prisoners were moved out of Ilam Prison on that day. The five women were later discovered to have been taken to a hilltop and executed by firing squads.

As per to one of the witnesses to the massacre in Tehran’s Evin Prison, only half of the three wards that held around 250 women survived, with the majority of them being Marxists. Another survivor reported that only one female prisoner survived from the five closed-door rooms in Evin prison.

The movement recently won a victory in Sweden, where a court sentenced one of the massacre’s perpetrators, Hamid Noury, to life in prison. The Iranian Resistance and the National Council of Resistance of Iran (NCRI) have vowed to keep fighting until Khamenei, Raisi, and other regime officials face justice.

The world should recognize the 1988 massacre in Iran as genocide and a crime against humanity.