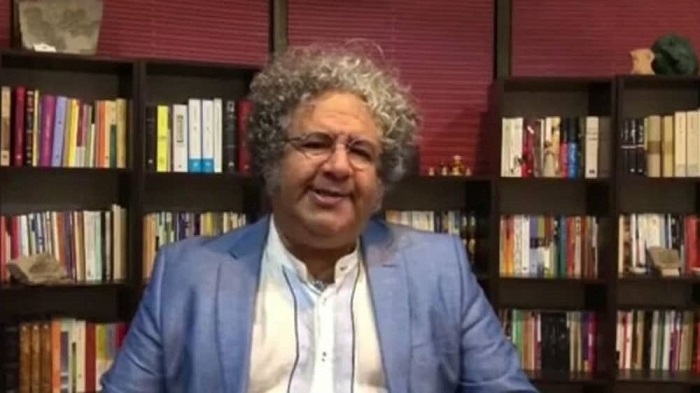 On January 9, 2022, reports from Iran’s notorious Evin Prison conveyed political inmates’ solidarity with Iranian poet and filmmaker Baktash Abtin, who died in hospital due to the regime’s obstruction and purposeful delays in granting him healthcare. Political detainees from Evin Prison congregated in front of Hall 8 and the prison yard, yelling “death to Khamenei” and “death to the oppressor.”

Political prisoners asked the prosecution for this crime

The jail was tense, and the regime’s prison administrators feared that the protests might spread to other wards. The political detainees demanded that the regime’s officials be prosecuted for their crimes. They stated that they will continue to struggle for justice until the regime’s supreme leader, Ali Khamenei, is brought to court. Baktash Abtin, a poet and filmmaker, had been in Evin Prison since September 26, 2020, serving a 6-year term. The imprisoned writer was diagnosed with coronavirus twice, and

RSF learned with grief the killing of Baktash Abtine,” said Reporters Without Borders (RSF) in a tweet in response to the regime’s crime. The writer and journalist had been wrongfully condemned to 6 years in prison and was being held in a hospital, ill with Covid-19, and unable to receive the care he needed. RSF holds the officials of the high regime responsible for his killing.”

“The circumstances of our current society is such that we have enough good poets, filmmakers, and artists today,” Baktash Abtin stated in a video clip regarding Iran’s situation previously broadcast. What we lack are those who will stand up, fight for their rights, and endure. My country’s present missing link is the virtue of struggle and endurance. In this sense, I’d like to confidently surrender my lovely life now in my youth.”

In the late 1980s, he began his career as a poet and writer. Baktash Abtin was sentenced to six years in jail on September 26, 2020, after repeated arrests and convictions for activities against the Iranian regime and membership in the Iranian Writers’ Association. More than 1,300 Iranian poets and writers signed a statement in December 2020 denouncing Baktash Abtin’s and two other writers’ prison sentences.

At the same time, the American Pen Association (PEN) issued a letter demanding the release of the three, which was signed by a number of well-known writers and artists from around the world.

“Our worst fears crystallized today, as we grieve the completely preventable death of Baktash Abtin,” said PEN America’s Chief Executive Officer Suzanne Nossel in a statement issued on January 8, 2022, in response to his death.

“COVID is a natural killer, but the Iranian government-assisted and abetted Abtin’s murder every step of the way.” The Evin jail in Tehran was a constant super-spreader event, thus rendering his unlawful imprisonment since September of last year a death sentence. Abtin was refused medical care, his comorbidities were overlooked, and he was handcuffed to his bed at times.”

Under pressure from security forces, the Writers’ Association hastily announced that his funeral will take place at 3 p.m. on Sunday, January 9, at the Abdullah Imamzadeh in Shahr-e Rey, instead of Monday, January 10. ‘Peace be upon Abtin, death to the oppressors,’ and ‘Death to the murdering regime’ were chanted at his funeral.