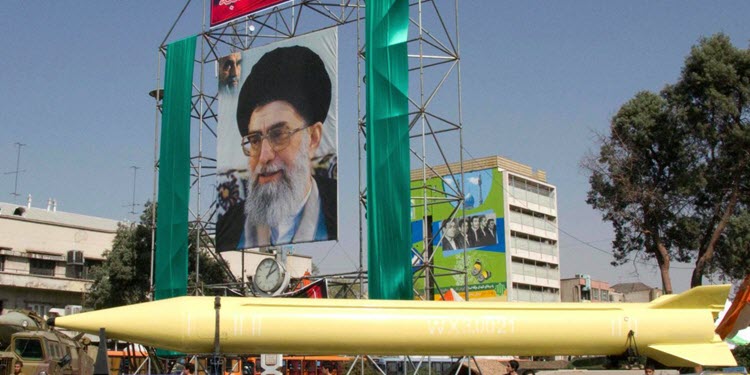 Governor of Florida from 1999 to 2007, a 2016 Republican candidate for president and advisory board member of United Against Nuclear Iran, Jeb Bush, and counsellor at the Washington Institute for Near East Policy, cofounder of United Against Nuclear Iran, and special assistant to President Obama from 2009 to 2011, Dennis Ross, have advised Donald Trump to isolate Iran immediately.

They have said on the United Against Nuclear Iran’s website that the threat of the Iranian regime is expanding throughout the Middle East and further afield. They say that the Obama administration has not taken into account the different aspects of the nuclear deal, in the end signing a deal that is far from comprehensive.

Their plea said that the Trump administration should not pull out of the deal, or scrap it. Doing so would bring risk to America. Instead of isolating the US, it should be Iran that is isolated: “We need to isolate Iran, not ourselves. But we must raise the costs of continued Iranian intransigence, and to that end, the incoming Trump administration should adopt a more expansive strategy towards Tehran: namely by addressing those vital issues beyond the scope of the agreement, specifically Iran’s chronic regional meddling.”

Bush and Ross suggest that the US starts by aggressively enforces “the existing sanctions architecture”. For example, it can enforce the travel ban imposed on members of the Iranian regime. It can also crack down on Iran’s shipment of arms to Yemen and its ballistic missile launching.

Another suggestion is to close Iran off financially. For example, Boeing and Airbus should be banned from doing business with Iran.

“Finally, the United States must also become more aggressive in targeting Iran’s aggressions in the Middle East. New bipartisan efforts in Congress to turn back Iran’s destabilizing playbook should be widely supported. The Preventing Destabilization of Iraq and Syria Act of 2016, sponsored by U.S. Senators Marco Rubio and Bob Casey, provides a strong foundation. It would mandate the imposition of sanctions against terrorist organizations and foreign countries, like Iran, ‘that threaten the peace or stability of Iraq or Syria’. Such measures should also be extended to cover other crucial U.S. allies in the region, namely Israel, Bahrain, Saudi Arabia and the United Arab Emirates. It will be imperative for the incoming Administration to maintain the bipartisan consensus in Congress that the status quo in Damascus and Baghdad-and Iran’s role there-is unacceptable.”

An open letter has been released by UANI urging those attending the World Economic Forum (WEF) to be aware of the “severe legal, financial, and reputational risks associated with doing business in Iran”. It advises people, in the interests of “responsive and responsible leadership”, to wait until the Iranian government starts to comply with the terms of the nuclear deal and “fundamentally abandons its pursuit of nuclear weapons, sponsorship of terrorism, human rights abuses, and destabilizing aggression in the Middle East”.