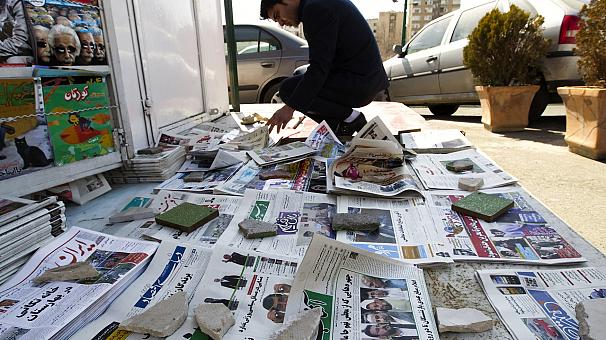 On 19th May this year the Iranian presidential elections will take place. On the same day, the elections for local councils will take place too. However, in the latest of actions that prove the elections are a “sham”, and before the registration for candidates has even opened, Iranian authorities have arrested a number of journalists.

It often happens in Iran – journalists, artists, writers, bloggers and so on, even ordinary citizens, are arrested for simply speaking or writing their thoughts. What we know as freedom of expression.

Ehsan Mazandarani was only just released from prison last month on some vague charges regarding national security – a common charge for peaceful activists – and was told that he had been released in error.

Also arrested recently were several administrators of Telegram. These people manage popular news on the application – a popular app used widely in Iran. They were in charge of channels that have links to reformists groups. Some of the channels have hundreds of thousands of followers.

Last week, a member of Iran’s parliament in Tehran, Ali Motahari, said to a news outlet that he was aware that 12 administrators of Telegram had been arrested by a “military intelligence organization”. He said that he has requested for the Minister of Intelligence to give him more information about the situation, including which agency carried out the arrests.

Another member of Iran’s parliament, Mahmoud Sadeghi, said on Twitter last week that he has been unable to find out who carried out the arrests.

A constituent sent a complaint to Mahmoud Sadeghi, who in turn shared it in a post on Twitter. The woman gave details about her husband being arrested by authorities who initially said they were from the prosecutor’s office, but later presented identification cards from the Revolutionary Guard Corps (IRGC).

Sadeghi called on the President of Iran and the head of the judiciary to act instead of just being bystanders to the violations that are carried out on a daily basis.

Iran is no stranger to censorship as there have been tight restrictions on free expression in the country for decades. The people, who are growing more and more fed-up with their lack of free expression, take to tools like Telegram to express their discontent. It is also widely used for communication – for example, in the parliamentary elections of last year, politicians used it to engage with voters.