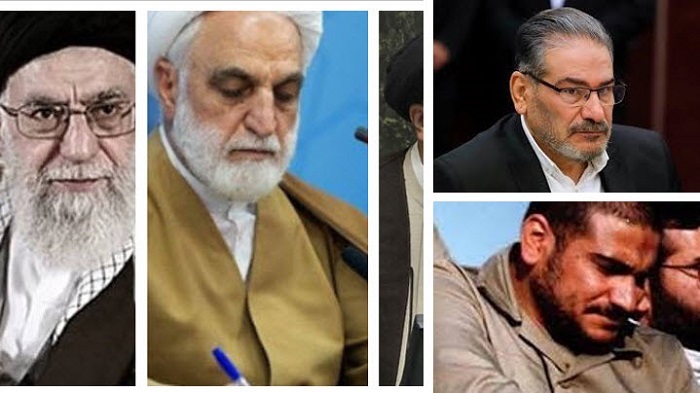 Ejei, the rush of human rights conditions being imposed

This list of infamy includes six officials who have been sanctioned by the US and the EU for human rights violations, which comes as no surprise. The difficulties that the regime faces in the area of human rights were discussed. However, this was not a discussion on how to improve Iran’s human rights situation; rather, it was about how to cope with the backlash the mullahs are receiving as a result of the country’s appalling human rights record.

The enemy is “preparing the grounds to make human rights decisions” and pressuring the regime, according to Ejei, who spoke of “the rush of human rights conditions being imposed” on the regime. Ejei went on to say that the administration cannot take a “passive approach” to human rights and must instead take an “active and offensive” stance.

Mullahs, we must transit from “defense to offense”

Shamkhani also expressed concern about the regime’s human rights crimes, suggesting that the so-called “human rights staff” be expanded and empowered. Vahidi stressed the importance of abandoning the “previous passive approach.” In terms of human rights, Esmaili stated that the regime must transition from “defense to offense.”

Listed below are a few noteworthy events:

The prosecution of Hamid Noury, a former deputy prosecutor in the Gohardasht and Evin prisons who was implicated in the massacre of thousands of political detainees in 1988, is still proceeding. Noury’s trial has turned into a window into the regime’s four decades of war crimes.

A House of Representatives resolution urging the US government to support the establishment of an international commission of inquiry into the 1988 massacre.

A UN task force has issued a statement condemning the massacre in 1988 and demanding an independent probe into the massacre.

Dozens of protests by Iranian ex-pats in several countries, calling for justice and publicizing the regime’s human rights violations.

Protests in Iran, particularly by mothers of protestors killed by the Iranian regime, seeking responsibility for human rights violations.

The regime has no choice but to increase repression

These are only a few of the “attacks” and pressures that have sparked concern. The Justice Movement, led by the Iranian Resistance, has grown into a national and international movement, forcing the regime to consider “structural solutions” to the human rights issue. In the current context of Iran’s society, which is on the edge of exploding, any easing of human rights violations will result in large protests, undermining the regime’s thin hold on power.

As a result, the regime has no choice but to increase repression. But, at this point, it has exhausted all of its options, and officials are warning that the breaches of their human rights will finally catch up with them.

Arman Abdolali, 25, was hanged in Iran’s Gohardasht prison on Tuesday, Nov. 24, after spending 8 years behind bars Abdolali was arrested in 2013 when only 17. He was transferred to solitary confinement on Nov. 21 before his execution.