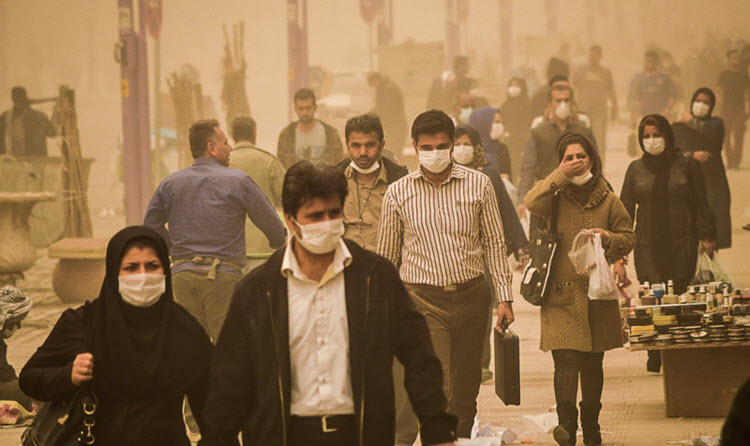 Shocking the country, there’s an new disruptive potential inside Iran in its main oil field province, Khuzestan. “The Strikes” that occurred in this province by tens of thousands of oil workers, paralyzing the state thirty-eight years ago, and paved the way for the Shah’s downfall, are now happening again. Historically Iran’s oil supplies are the regime’s lifeline.

Khuzestan province borders Iraq and the Persian Gulf. Its capital is Ahvaz. It’s the country’s oldest province, and produces 35 percent of the Iran’s water and electricity. More importantly, its oil fields and gas supply provides 90% of Iran’s national revenue.

However, amid all this wealth, the people in Khuzestan suffer from severe poverty, underdevelopment and environmental deprivation. “They are Arabic in origin, and also suffer from social, political and cultural subjugation. This is a fact of life throughout Iran for all of its ethnic groups. Recently, the Iranian regime has carried out an array of treacherous plans in Khuzestan which have led to a disastrous air pollution and frequent water and power cut-offs. Those actions have jeopardized the people’s health and quality of life. Tehran’s central planners have taken actions as drastic as the diversion of the Karun and Karkheh rivers’ water, an excessive building of dams, and the oil ministry’s use of quick and cheap methods of oil extraction, drying up the ponds and lakes in the area, including the famous Hoor al-Azim wetland, and Shadegan lagoon, according to a women.ncr.Iran report,” writes Hassan Mahmoudi, human rights advocate and social media journalist in his article for The American Thinker.

Iranian media reported on February 14 that these shortages have led to the closure of schools, universities, banks and government offices in no less than 11 cities in Khuzestan. A local official of the oil ministry said that power blackouts in Khuzestan province have hit oil production, causing a 770,000-barrel  decline in crude production.

For three consecutive days, women of Ahvaz took to the streets on to demonstrate, protesting the water and power cut-offs, and the severe air pollution in the capital of Khuzestan. They chanted, “Death to tyranny,” “death to repression,” and, “We, the people of Ahwaz, won’t accept oppression,” as well as, “incompetent officials must be expelled,” “clean air is our right, Ahvaz is our city,” and “Shame on the State Security Force.”

“Clashes broke out on the Friday night of Feb. 11th after the police forces shot two motorcyclists in a chase occurring in the vicinity of Shadegan Dates Bazaar.

During the police operation, a young man named Abu-Qabish was killed while he was shopping, and the two motorcyclists were injured. Apparently, there were other casualties as well,” writes Hassan Mahmoudi. adding that, “The regime’s intelligence agents told the families of the victims that they would not be allowed to hold funeral ceremonies for their loved ones. The bodies were delivered to the families on the condition that they be buried in Qom, located in the south of Tehran Province.”

The Iranian Resistance’s president-elect, Maryam Rajavi, said the regime is the source of all of the problems that causing frequent water and power cut-offs, and have led to unemployment and even various diseases for the people. She said, “One cannot expect the mullahs and the regime’s leaders and officials provide any solutions.” She called on the nation to help decrease the pressure on the deprived people of this area, especially the sick and vulnerable. “The solution,” she said, “lies in the people’s escalation of protests in an uprising to drive back the regime and its officials who have created so many problems in their daily life.”

Mrs. Rajavi hailed the people of Ahwaz and Khuzestan, particularly the women and youths. She urged them to unite ranks and continue their protests and demonstrations in solidarity.