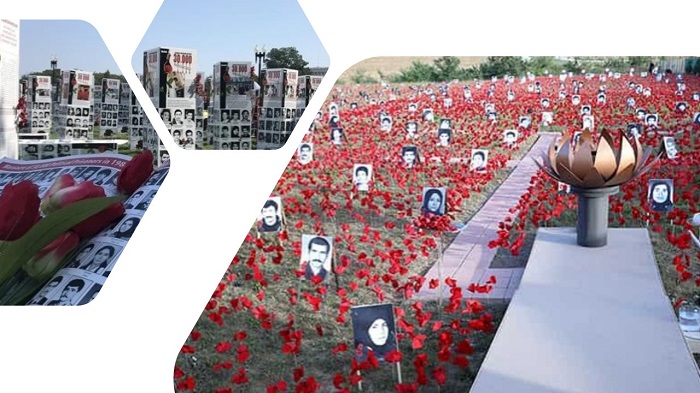 The trial of Hamid Noury, a former prison officer in Iran’s Gohardasht prison (Karaj), who was engaged in the torture and execution of 30,000 political detainees in 1988, entered its 55th session on Wednesday. Noury was detained in Sweden in 2019 while on a trip and was later charged with crimes against humanity.

PMOI refused to kneel in front of the mullahs’ government

Many witnesses and plaintiffs testified during the trial about the horrors committed in Iran’s jails by Noury and other regime officials. They also told the experiences of members and supporters of the People’s Mojahedin of Iran (PMOI / MEK Iran) who refused to kneel in front of the mullahs’ government and held firm in their commitment to the Iranian Resistance and the cause of freedom and democracy. And they paid the ultimate price, with dozens of them being executed to the gallows during the murder of Iranian political prisoners in 1988. Their narrative is being revealed in the halls of Stockholm court, 34 years after the regime attempted to ruin their lives and legacy.

The continual presence of Iranians in front of the Swedish court

However, the Iranian Resistance’s tenacity was demonstrated in another way throughout the Noury trial, which was the continual presence of Iranians in front of the Swedish court.

These Iranian expats organized rallies in front of the court for hours on end, in the bitter weather, throughout the trial, screaming for justice and accountability for four decades of wrongdoing. They carried photos of the victims and posters detailing the atrocities done by the regime’s leaders, including Ali Khamenei, the regime’s supreme leader, and Ebrahim Raisi, the regime’s new president.

These are MEK followers, many of whom have lost loved ones as a result of the regime’s violence or have personally suffered at the hands of regime officials in Iran’s jails. They have been exiled from their homeland for years and decades, but they have not given up on their compatriots and continue to raise awareness about the Iranian people’s predicament and the country’s human rights situation.

Iran’s will for freedom cannot be extinguished

They’re not just in Stockholm; they’re also in London, Paris, Washington, Toronto, Sydney, and dozens of other places around the world.

Their tenacity, dedication, and persistent presence around the world are an outgrowth of the resistance of thousands of Iranian political prisoners who have given their lives to keep the flame of freedom alive.

They are the Iranian people’s voice, the heroic Resistance Units, the unemployed and underpaid employees, the industrious farmers without water, the protestors imprisoned in Iran’s prisons, and Iranian students dreaming of a better future. They are living proof that Iran’s will for freedom cannot be extinguished. They also serve as a reminder that, despite of global policy, the Iranian people will one day live in freedom, and human rights violators will be held accountable for their numerous crimes.