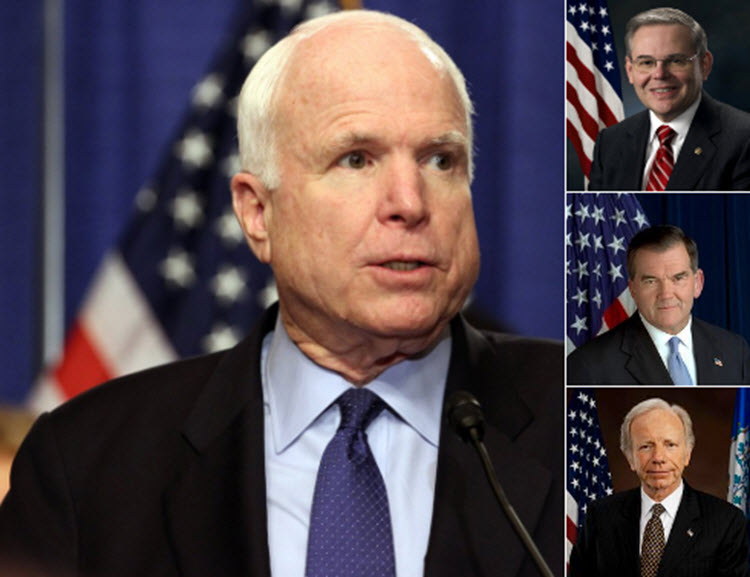 Trump has been critical about the Iran nuclear deal that freed up tens of billions of dollars in frozen and sanctioned funds for Iran. It is unknown if he will go ahead and scrap the deal or if he will just enforce it with a more aggressive stance. Other signatories of the deal are working on business deals with Iran.

John McCain Senate Armed Services Committee Chairman and Democratic Sen. Robert Menendez were among the lawmakers who said that Trump and his administration are going to treat Iran with caution and will not stay silent regarding violations of the Iran nuclear deal.

Tom Ridge, the first secretary of homeland security, said on Thursday: “There is every reason to believe and be hopeful that the president-elect will take a new set of eyes and a new approach to this theocracy. I’m very hopeful that will happen.”

Mr. McCain was encouraged that Trump selected James N. Mattis as head of the Defense Department because he has knowledge about the Iranian regime and the threat it poses. Gen. Mattis has openly expressed his concerns about the nuclear deal and said last year that he believes that the Iranian regime is the “single most enduring threat to stability and peace in the Middle East”.

The event at Capitol Hill was organised by the National Council of Resistance of Iran (NCRI). The NCRI is strongly opposed to the Iranian regime and is a very valuable intelligence source that has revealed much about Iran’s nuclear plans. The NCRI is the largest component of the Mujahedeen-e Khalq (People’s Mujahedeen of Iran), or MEK, which was placed on the terrorist list in 1990s. However, the group was removed from the list in 2012 on the insistence of a large number of supporters in Washington and because no evidence exists.

Former Sen. Joseph Lieberman said at the gathering that he had voted for Hillary Clinton in the U.S. elections but said that with Trump as President there could be a major change in Iranian policy. He said: “I really think a new day is dawning for the cause of a free, stable, independent and democratic Iran. (…) Elections have consequences. I can tell you, when it comes to Iran, the change from Barack Obama to Donald Trump is a very hopeful one. Now we go to an administration that is not protective or defensive of the Iran agreement, but is ready to challenge it.”

Iran has warned the United States against any modification of the nuclear deal. Rouhani, the so-called “moderate” president of Iran said earlier this week that Trump “may wish many things, he may wish to weaken or tear up [the nuclear deal], but will we and our nation allow such a thing? America cannot influence our path of strength and endurance.”

Critics however point out that Iran has already violated the terms of the deal and has made very few changes to policies with no effect on unrest in the region.