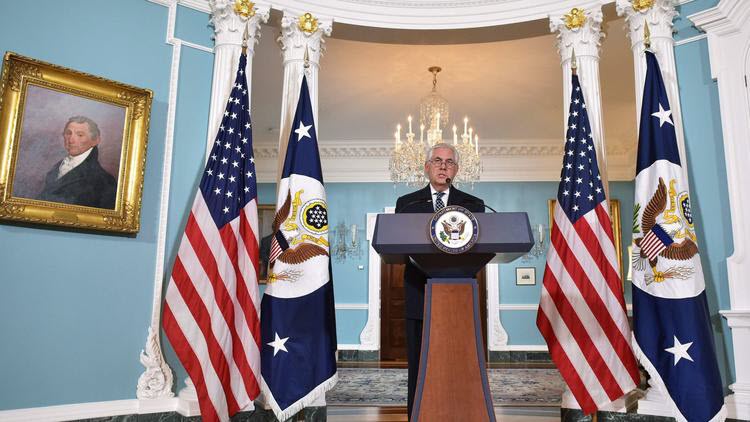 It was announced by the US last month that Iran is technically adhering to the terms of the 2015 nuclear deal. Every 90 days, the US must carry out a review and certify that the terms are being respected. This was the first one carried out by the Trump administration.

Secretary of State Rex Tillerson announced that although Iran is complying, there is a long list of actions that need to be addressed.

President Trump has called the nuclear deal, officially known as the Joint Comprehensive Plan of Action (JCPOA), the “worst deal ever negotiated” so it was somewhat surprising to hear that his administration had granted compliance.

However, some analysts believe that the fact compliance was granted is an indication that the nuclear deal will not be scrapped, as President Trump has threatened to do on several occasions.

In his statement regarding compliance, Tillerson also said that an interagency review was going to be carried out to see if the suspension of the sanctions is “vital to the national security interests of the United States”.

President Obama was so keen to sign the deal that he disregarded key elements. He did not put together the right domestic political coalition that would sign a formal treaty and Congress did not overturn the sanctions laws. He compiled a deal as quick as he could with as many loopholes as were available to him.

As a result of the deal, Iran suddenly had access to approximately $100 billion in frozen assets.

If, following a comprehensive review, the National Security Council concludes that the Islamic Republic is not acting in a way that safeguards US national security, President Trump will be allowed to lift the sanctions waivers. However, it is not quite as straightforward as this because Iran has threatened to reignite the nuclear program.

Analysts are interested to see what the Iranian regime will decide to do. It is in a very weak position as it is, and the wrong move could plunge the regime’s future further into oblivion.