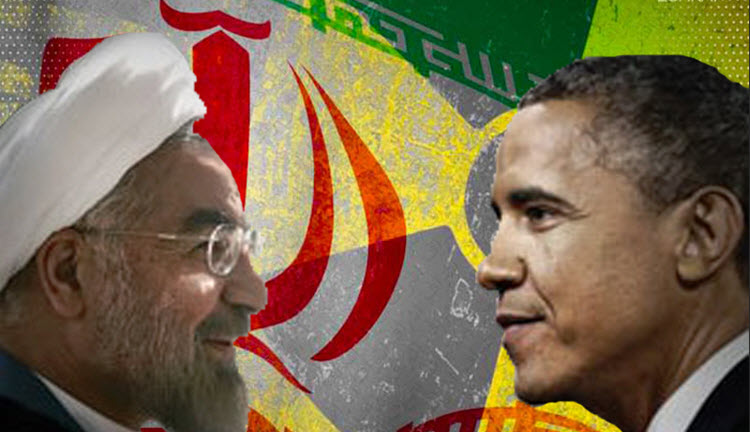 Raymond Tanter, professor emeritus at the University of Michigan and a former senior staff member of the National Security Council, wrote an article in which he expressed his thoughts on the Rhodes narrative.

He commented on the buzz surrounding a New York Times Magazine profile of White House foreign policy advisor Ben Rhodes who boasted about manipulating “naïve” journalists “into telling the American people how nascent moderation within the Iranian regime made the Iran nuclear talks viable”. He also revealed that the White House used an “echo chamber” to pursue their objectives and said that they had “test drives to know who was going to be able to carry our message effectively, and how to use outside groups like Ploughshares, the Iran Project and whomever else”.

Professor Tanter said that the narrative Ben Rhodes told “worked wonders for the Obama administration’s nuclear sales pitch” but it hid the information that was filtered out regarding the Iranian secret nuclear weapons program.

Noting the huge risk that comes with being associated with such information, he said that the National Council of Resistance of Iran (NCRI) and the Mujahedin-e Khalq (MEK) act as “the international community’s eyes and ears on the ground”. He acknowledged that MEK members have risked their lives and those of their families to warn the world about what was really happening in Tehran and that the NCRI revealed the Natanz and Arak secret sites which resulted in nuclear sites being investigated by the International Atomic Energy Agency (IAEA).

The NCRI have provided information which has been accepted by many authorities. For example, President Bush in 2005 told reporters that Iran’s nuclear program has been revealed by a dissident group, and in 2010 a senior adviser on nuclear non-proliferation praised the NCRI for the accuracy of the information they provide.

However this all changed in 2013 when Hassan Rouhani became president of Iran and the Rhodes narrative started. Professor Tanter said: “the administration became dismissive of the NCRI’s non-conforming information.”

In 2014, the NCRI revealed information about explosive chambers, who was constructing them, who was testing them, etc., yet Obama’s administration failed to investigate this.

In 2015, the NCRI exposed Lavizan-3 – a highly concealed site in Iran where the regime was carrying out research in secret involving advanced nuclear enrichment centrifuges. A State Department spokeswoman said that this report would be taken seriously, then Secretary of State Kerry said that this will “have to be resolved as we go forward” and then another spokeswoman said that they do not have any information to “support the conclusion of the report”. So, Professor Tanter highlights, “No inspector ever visited the site, nor was any request ever made to do so (…) and the talks went forward”.

He pointed out that the possible military dimensions of Iranian nuclear activities were seen as a “nuisance” during the end stages of negotiations. If the “true scope of their nuclear program had been exposed”, Tehran should have been held accountable and the world would be a “safer place”.

Professor Tanter concluded by saying that people deserve to hear the narrative “that aligns with reality”, not the manufactured one.