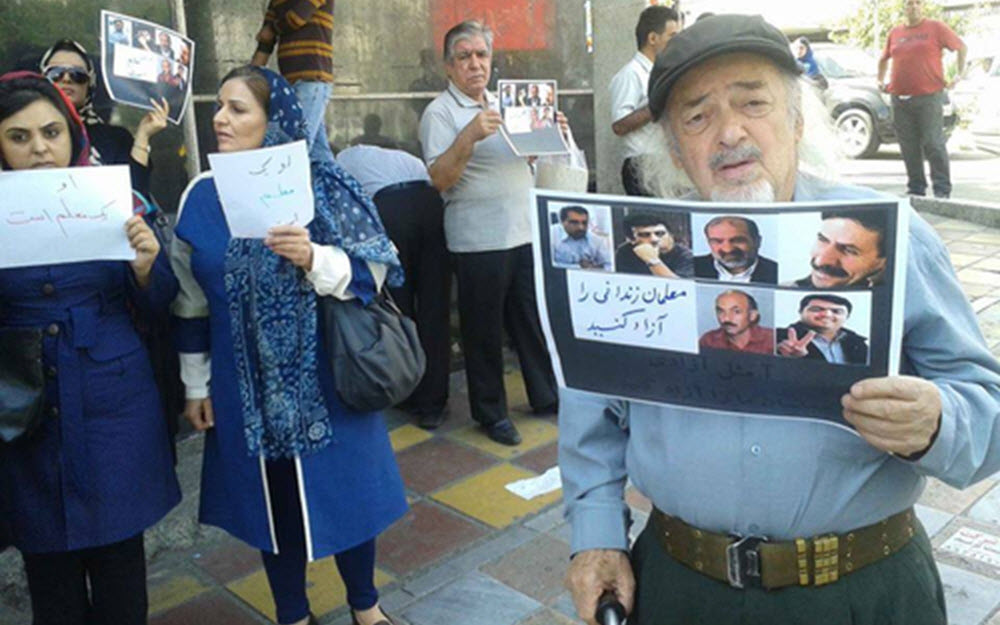 Dr. Mohammad Maleki, human rights activist, and the first chancellor of Tehran University after the 1979 Revolution, made the following statement on the anniversary of the 1998 massacre in Iran:

About a year has passed since the revelation of the audio file of the late Ayatollah Montazeri, which exposed an episode that he described as an historic crime. This audio file conveyed many secrets as the ayatollah’s voice reached millions of Iranian men and women for the first time.

In sharp and unequivocal terms, Montazeri talked about some facts of the summer of 1988 massacre that shocked the world. His remarks exposed the “Death Committee” and its crimes, so the world would see what has happened and is still happening to Iranians under the rule of the Islamic Republic. The world now sees how tens of thousands of the best men and women of Iran were sent to death squads simply for being steadfast in their belief and critical of the regime. This revelation had such an impact on every corner of the world that the issue was once again revived in all human rights circles.

Dear Compatriots, university students, and the youth who are the hope of the future,

I had promised you that I would be with you to the last breath and fight against injustice and cruelty on your side and be a defender of freedom for my suffering and languishing people. I know that every coming has a going and one will leave this world at some stage. For some time, I have suffered from an incurable disease. But I hope to be able to carry on with my commitment to help the people and the Almighty. I swore to humanity that I will remain steadfast in my commitment and will be unrelenting in the campaign to honor the victims of the 1988 massacre and to bring the murderers and criminals to justice.

Once again I warn the leaders and senior officials of the velayat-e faqih that it will not be long until all of you face the fate of all the despots throughout history. The day will come that you will be held accountable for all the blood of the innocents that you have shed. One day you will be held accountable for all your lies, plunders, and crimes. Be assured that the campaign for justice for victims of the 1988 massacre will be successful. I would like to personally express my profound appreciation to everyone who has been participating in this campaign the world over.

In conclusion, I would like to call attention to all the political prisoners of Gohardasht Prison such as Reza Shahabi, Jafar Eghdami, Hassan Sadeghi, Abolghasem Fooladvand, Saeed Masouri, Mohammad Banazadeh Amirkhizi, Saeed Shirzad, and others who have resorted to a hunger strike in defense of their legal and humanitarian rights.
Hail to political prisoners Rouin Otoufat, Narges Mohammadi, Abolfateh Soltani, Maryam Akbari-Monfared, Zahra Zahtabchi, Arash Sadeghi, Golrokh Araii, Reza Malek, Fatemeh Mosana, Ateneh Daemi, and all other innocent individuals who are languishing in prisons of velayat-e-faqih.

Iran: Call for a Boycott of the Regime’s Sham Election by MEK Resistance Units