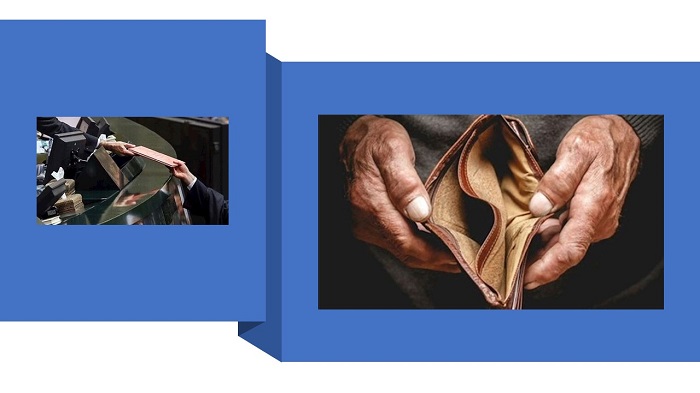 “Payment of unconventional salaries is not tolerated in any department of government offices and state-owned companies,” Iran’s president Ebrahim Raisi said during a cabinet meeting on November 22, according to state-TV News Channel.

“We did not see the justice that Raisi was talking about”

“We did not see the justice that Raisi was talking about in the 2022 budget,” one of the regime’s MPs, Ezatollah Yousefian, remarked of the country’s inequalities. On December 8, the thirteenth government overlooked the issue of skyrocketing salaries, per the state-run website Didban-e Iran.

This official’s compensation is 100 times higher than a worker’s salary. The majority of these high payments have come from Revolutionary Guard officers and others close to the regime’s supreme leader Ali Khamenei’s office.

corruption and plunder have become institutionalized

The regime’s parliament has been making noises about the outrageous salary law inquiry for some time. If this plan is approved while its contents are unknown, it will not be implemented, and it, like many other plans and bills, will be forgotten, because many elements of this regime will become the main targets, and dismissing some low-ranking officials or reducing their salaries will not solve anything, and the country’s injustice will continue.

The problem with this system is that corruption and plunder have become institutionalized, and any solution must begin with the country’s supreme leader and his office.

The regime’s government plans to increase workers’ salaries by a little amount next year, despite the fact that this small increase is well below the official inflation rate, resulting in a massive class divide in society that is on the verge of exploding. As a result of this circumstance, protests from various social groups have grown in number.

Revolution is on the way

‘Astronomical salary, public misery,’ was one of the slogans used by pensioners in Tehran in recent days. This is not only the motto of Tehran retirees but also of many employees and workers around the country. This comes at a time when rising inflation and commodities prices have made the position of the poor much worse.

The spread of poverty among the people has reached the point where the regime’s media has recently warned of the end of the people’s tolerance threshold and acknowledged that a big portion of society’s livelihood has reached an unsustainable level.

“There is news under the skin of this society that is extremely alarming. The patience of the people is such that if it comes to an end, it will cause a catastrophe. If a revolution is on the way, it will be a revolution of the poor against those with astronomical salaries and the aristocracy, an event that will inevitably occur if the current situation continues,” the state-run website Didban-e Iran stated on December 8.