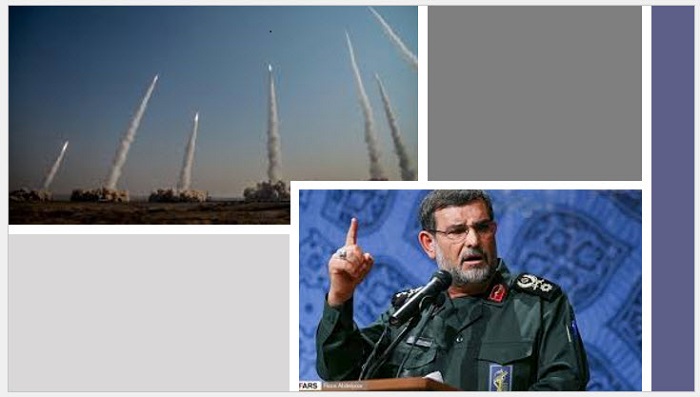 Tehran will not stop trying to avenge the assassination of Qassem Soleimani, according to the commander of the Islamic Revolutionary Guard Corps (IRGC) naval unit, who described such a notion as “pure fantasy.” In January 2020, Soleimani, the former commander of the Quds Force, was killed by a US drone strike at Baghdad airport.

Days later, the regime launched a barrage of ballistic missiles into eastern Iraq, aiming at military bases housing US troops. More than 100 soldiers suffered traumatic brain injuries, prompting Tehran to claim that this was only the beginning of its retaliation.

Drone strikes were then carried out by Iranian regime forces and their regional proxies on at least two other military bases where American personnel was stationed. More recently, it was reported that former Secretary of State Mike Pompeo, as well as other Americans, had received credible threats from the IRGC in the form of an assassination plot.

The regime previously demanded that Pompeo and former President Donald Trump be tried by an “Islamic court,” but added that if Western governments refused, Tehran and its supporters would seek “justice” through extrajudicial means. Last week, a senior IRGC commander stated that killing all current US leaders would not be enough to avengeSoleimani’s death.

Ironically, the rise of this rhetoric does not appear to have influenced Tehran’s public assurances about future resolutions to the 2015 Iran nuclear deal, also known as the Joint Comprehensive Plan of Action (JCPOA). Negotiations to bring both parties back into compliance with the agreement began over a year ago and are still ongoing.

Figures on both sides of the Vienna talks have been insisting for several weeks that the issues underpinning most of those demands have been resolved. The head of Iran’s Atomic Energy Organization, Mohammad Eslami, has reiterated Tehran’s official position that “technical issues” have been resolved and that the regime now awaits “political decisions” from the US that could lead to the signing of a new agreement.

Despite Iran’s insistence that this is a “red line” in the regime’s negotiating position, media reports indicate that the White House is becoming increasingly determined to keep the IRGC on the terror list.

According to most accounts, the IRGC’s potential delisting is the final stumbling block in the JCPOA’s restoration negotiations. However, given that political figures on both sides of the conflict appear to be publicly hardening their respective positions, it is likely irresolvable.

Biden has come under increasing pressure over the possibility of delisting the IRGC, with concerns expressed not only by traditional Republican foes but also by members of his own Democratic Party. And his apparent sensitivity to the criticism hasn’t stopped political pundits from warning that a new deal with Tehran could end up funneling money directly into the hands of the IRGC, especially in the aftermath of delisting.

When the State Department spokesman Ned Price was asked about the blacklisting of the Revolutionary Guards, he told reporters; “If they don’t want to use these talks to resolve other bilateral issues,” he added, “we are confident we can quickly reach an understanding on the JCPOA and begin to reimplement the deal.”

The question of whether Tehran or Washington will blink first continues to occupy many minds and strategy planning rooms around the world. With a Khamenei ally waging war in Ukraine, rising oil prices fuelling his ambitions for more extortion, and the US midterm elections looming, giving in to the Iranian regime’s demands is unlikely to be the best option.