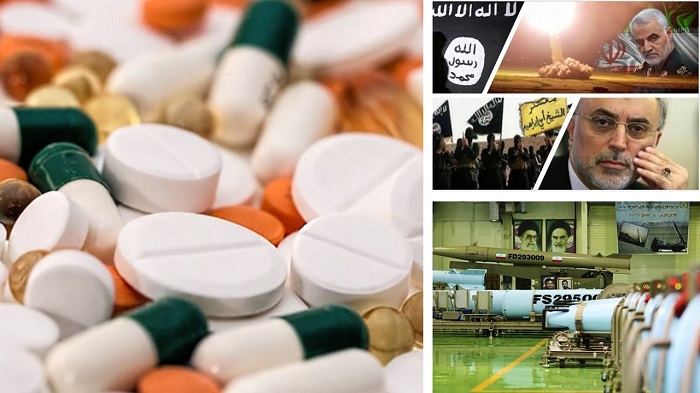 Despite initial warnings about possible increasing inflation and inevitable economic collapse, the Iranian regime’s Majlis (parliament) passed a motion agreeing to abolish the subsidized currency (the US dollar exchanged at a reduced price of 42,000 rials) from this fiscal year’s budget. Around 270,000 rials per dollar is the current market exchange rate.

Officials from the regime’s Health Ministry have made contradictory statements about abolishing the subsidized dollar, which was used to import medicine at lower prices, prompting widespread alarm among ordinary Iranians about the quick rise in the cost of medicine.

“This year, the subsidized dollar has been withdrawn, and firms will no longer face delays in acquiring their raw materials since the process would take too long,” Health Minister Bahram Einollahi stated on March 26 during a meeting with directors of the Beheshti Medical Sciences University.

“To this day, the Health Ministry has not received any instructions about the elimination of subsidized currency in this fiscal year’s budget to acquire medicine and medical equipment,” the caretaker of the Health Ministry’s Public Relations Office stated a few hours after Einollahi’s statements. The usage of subsidized currency is still going on.”

In January, the head of the regime’s Food and Drug Organization stated that “supported currency has been removed in this fiscal budget’s currency” and that “credit will be supplied to insurance groups.” The fact that insurance firms in Iran are one of the main mediums utilized by the mullahs’ dictatorship to pillage the Iranian people, and that they are tightly related to a deeply embedded mafia structure linked directly to Iranian regime Supreme Leader Ali Khamenei, remains unmentioned today, as it often does.

It is unclear how the Health Ministry intends to establish the groundwork for the Majlis’ proposal to abolish discounted medicine currency, as well as when this law will be implemented.

According to Homayoun Same-Yah Najaf Abadi, a member of the Majlis Health Commission, estimates show that the price of locally produced medicine will climb by 30% this fiscal year. However, he warned, the cost of imported drugs will rise by at least three to five times.

It’s worth remembering that the mullahs’ regime has been enacting various tactics to pillage the Iranian people for a long time. The most recent scheme is to eliminate subsidized currency for medicine. One regime expert predicted a five- to seven-fold increase in prices, back in November 2021.

The mullahs’ dictatorship aims to use this latest plot to spread a false narrative in order to avert a public explosion of fury, while simultaneously raising medical costs to rob people of their savings and benefit those affiliated to the regime.

Such tactics are part of the regime’s strategy. Prior to raising the price of gasoline by up to 300 percent in November 2019, the regime’s media outlets had been busy spreading unofficial reports of rising energy prices for around a year. Following a succession of confirmations and denials, regime authorities worked to prepare society and public opinion for a hike in gasoline prices, ostensibly to avoid the harmful consequences of the expected “social shock,” according to their own officials. The world, however, witnessed the ensuing uprising in November 2019, which shook the regime to its core as protests expanded across the country at frenetic pace.