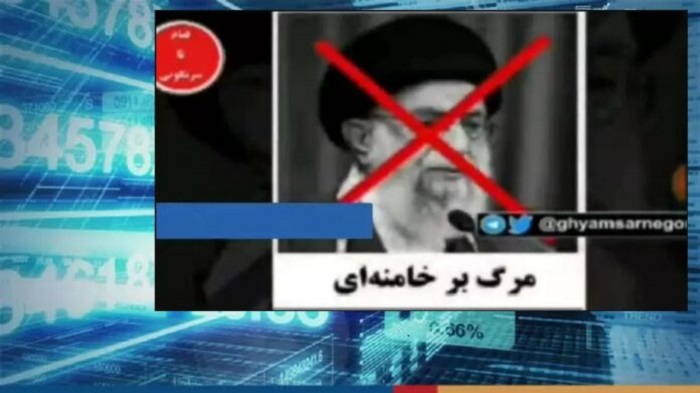 Iranian regime officials and state media remain enraged about the recent disruption of 27 state television and radio networks, which led to the broadcasting of footage of Iranian opposition figures and the destruction of over 400 servers. Many state TV stations were still unable to broadcast subtitles and publicize their programming before to transmission even 24 hours after the incident.“The [Iranian opposition People’s Mojahedin of Iran (PMOI / MEK Iran)] will not go unpunished for disrupting official television transmission. “We need to reply forcefully to the [PMOI/MEK],” Alireza Salimi, a member of the regime’s Majlis (parliament), remarked.

The official PMOI/MEK website has been the victim of five DDOS attacks, with the most recent wave receiving more than 12.6 million requests per second. This attack began at 7:25 p.m. CET on Friday, January 29, and was roughly six times stronger than the last attack, which began at midday CET on the same day.

At 3:00 p.m. local time on Thursday, January 27, many TV and radio stations of Iran’s state broadcasting network were disrupted, airing footage of Iranian Resistance leader Massoud Rajavi and Madam Mrs. Maryam Rajavi, President-elect of the Iranian opposition coalition National Council of Resistance of Iran (NCRI). The disrupted sequence also featured visual and audible chants such as “Death to Khamenei!” in reference to the regime’s Supreme Leader Ali Khamenei, and “Viva Rajavi!” in reference to Iran’s opposition leaders. On several state television networks, a crossed-out image of Khamenei was also broadcast.

According to a report issued on the state-run Khabar Fouri Telegram channel, “the first aftershock of the recent hack or infiltration in Network One of state TV is now apparent in the Livestream of this network being cut off on social media.”

“There’s a chance that an operative who entered the system was assisting from within.” This makes it all the more important for the Islamic Republic of Iran Broadcasting (IRIB) apparatus to take the required security precautions for its staff,” according to a report released by the Tasnim news agency, which is affiliated to the regime’s terrorist Quds Force.

According to a report on the state-run Iran-Dideban website, “the disturbance in the IRIB network and slogans being broadcast in a number of state TV and radio stations was a bizarre and unprecedented incident.”

“Significant steps must be taken to immunize the IRIB apparatus.” The occurrence in the IRIB on Thursday was very awful and raises serious concerns. “I’m asking on IRIB officials around the country, and especially in our province, to do more for our security so that we’re not disgraced in this way,” said the Friday prayer leader in Tabriz, northwest Iran.

“What happened must be assessed. “Precise and preventive precautions must be implemented, and if infiltration occurred in this and other similar incidents, tough response must be done,” stated the Friday prayer leader in Khorramabad, western Iran.

A rising number of regime officials are expressing grave concerns about infiltration among their ranks and files, revealing light on the regime’s extremely frail apparatus and the growing hostility among the Iranian people, who take advantage of every opportunity to strike down the mullahs. This, comes only weeks after a statue honouring the regime’s terror mastermind Qassem Soleimani was set on fire on January 5.

According to the regime’s official IRNA news agency, the Friday prayer leader of Fereydun Shahr observed, “Such situations are only natural as long as there is infiltration in the ranks and files of the government and other institutions.”

“Our system is facing new threats. We need to think about taking the measures necessary to prevent such threats evolving into crises,” according to a report wired by the IRGC-affiliated Fars news agency.