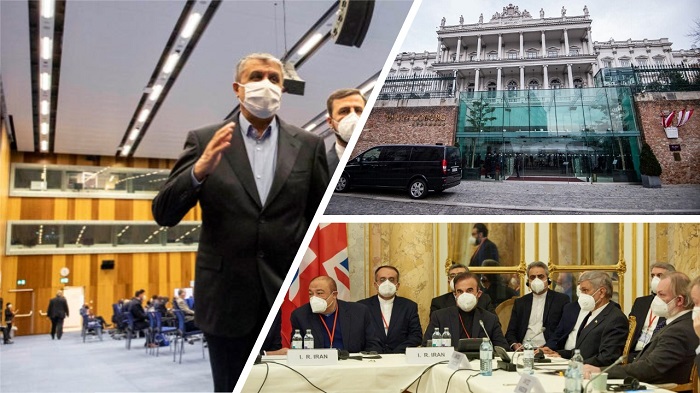 Following previous warnings, US Secretary of State Antony Blinken reminded the regime once more about the closing windows on nuclear negotiations and the limited time this regime has if it does not accept a new agreement, which will have serious consequences for the regime.

“The runway is really short,” Blinken stated at a press briefing. They are – Iran is coming closer and closer to being able to generate enough fissile material for a nuclear bomb in a very short period of time.

“At the same time, they’re making progress that will become progressively difficult to reverse since they’re learning new things as a result of breaking free from the agreement’s limits… So, we have, I think, a few weeks left to see if we can get back to mutual compliance. But if we can’t, we are looking at other steps, other options, again, closely coordinated with concerned countries. And we will.”

The US Secretary of State’s words come as the eighth round of talks on the Joint Comprehensive Plan of Action (JCPOA) is underway, but officials have recently stated that no substantive results have been accomplished thus far.

The Iranian leadership has been deceiving and double-talking about its stance to the talks since Ebrahim Raisi became president. On the one side, it is increasing its nuclear capabilities, and on the other, it is insisting on prolonging the talks while rejecting direct talks with the United States.

The negotiation window is narrowing

Despite the fact that European and even some US officials have stated that the negotiation window is narrowing, no one has responded appropriately. As a result, talks are ongoing while the regime pushes forward with its nuclear projects at breakneck speed, which alarmed China’s Foreign Minister Wang Yi when he met with Bahraini and Saudi ministers last week to discuss the Iran nuclear talks.

“Wang Yi reminded his Saudi counterpart that while the global non-proliferation system must be preserved, the ‘fair and legitimate concerns’ of countries in the region should also be taken into account,” according to Reuters.

The UK will “explore all options.”

“The United Kingdom’s administration has issued a veiled threat of military action against Iran. If the nuclear agreement negotiations fail, UK foreign minister, James Cleverly reiterates that Iran can “never” get nuclear weapons and that the UK will “explore all options.”

But, above and beyond all of these messages, public and private, what is happening is that the Iranian rulers are running out of time. In an interview published on January 15 by the state-run daily Mostaghel, regime expert Javid Ghorban Oghli acknowledged the regime’s desperation and stagnation in the nuclear talks, saying:

“Iran and world powers will be striving to resurrect the nuclear deal for the 50th day in a few days. However, as the word spreads, the negotiations have made little headway at this time. The tone of the Western envoys has altered in the previous 72 hours, and it can be claimed that the countdown to the collapse of the discussions has begun.”