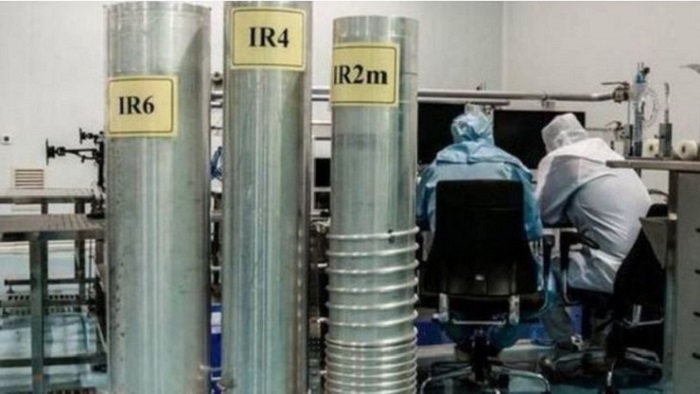 As the standoff over Iran’s contentious nuclear program drags on, and 10 months and eight rounds of Vienna talks have yielded little, recent remarks by Iranian regime Supreme Leader Ali Khamenei have added to the already complicated situation. The current impasse is causing deep divisions within Khamenei’s own faction. Some individuals are cheering direct talks with the US, while others are calling such a shift in tone “treason.”

This internal conflict, which reveals the regime’s weakness and desperation and has gone largely unreported by the mainstream media, presents a chance for the West. In contrast to the current appeasement policy, the US and European governments should recognize Iran’s regime’s tragedies and elevate their demands. Not only should the regime’s nuclear program be curtailed, but also serious steps must be done to eliminate the regime’s deadly missile and drone programs, as well as Tehran’s negative influence in the Middle East.

Khamenei, who has been silent on the nuclear issue in the past, finally spoke up on January 9 during a speech in Qom. His comments, on the other hand, merely added to the cloud of contradictions that had already been cast over the nuclear discussions and the regime’s future objectives. He used terms like “engagement” and “negotiations… with the enemy,” as well as the statement “one should not surrender.”

The back-and-forth between the regime’s Foreign Minister Hossein Amir Abdollahian and Supreme National Security Council Secretary Ali Shamkhani on the one hand, and Hossein Shariatmadari, editor-in-chief of Kayhan daily, Khamenei’s mouthpiece on the other, demonstrates the deadlock facing Khamenei over direct negotiations with the US.

The next day, Shamkhani suggested that direct negotiations with the US would be possible if “a good accord is close at hand.”

“Isn’t giving in to direct negotiations with the US the same as falling into the trap that they’ve laid for us?” In a column published in Kayhan on January 26, Shariatmadari posed the question. After hearing such words, “a wide variety of those who support [the regime] are tremendously concerned,” Shariatmadari remarked, referring to regime insiders, members of the Revolutionary Guards (IRGC), and the paramilitary Basij. He advised, “Revise your unwise statements and put an end to all the uncertainty you’ve caused.”

In an appearance with state television on January 25, regime President Ebrahim Raisi added to the confusion by saying, “We are declaring here that if the other parties are ready to ease sanctions, there is surely an opportunity for any form of agreement.”

At a high level, this plainly demonstrates Khamenei’s quandary, as the mullahs’ regime final say on all security and foreign policy decisions. On the one hand, he cannot afford to retain a firm stance of no negotiations with the United States, which just two years ago dealt his regime a strategic blow by assassinating former IRGC Quds Force terrorist mastermind Qassem Soleimani.

On the other hand, Khamenei recognizes that the existing quo is unsustainable and that despite the US administration’s stated willingness to speak for the past year, no major adjustments to the sanctions system have occurred, despite the fact that the Iranian economy is collapsing. This is precisely why Khamenei’s inner circle and top officials are riven by unprecedented divisions and feuds.

This is all the more reason for the West to grab the moment and demand meaningful constraints and restraints on the regime’s nefarious activities. Maryam Rajavi, the President-elect of the Iranian opposition group National Council of Resistance of Iran (NCRI), highlighted the measures and demands that the international community should lay before the mullahs’ dictatorship in a speech delivered on January 17:

“The international community must reinstate the six UN Security Council resolutions on the Iranian regime’s nuclear projects. It should bring the regime’s uranium enrichment to a complete halt and shut down the regime’s nuclear sites. Unconditional inspections are indispensable to prevent the regime’s access to an atomic bomb,” she said.