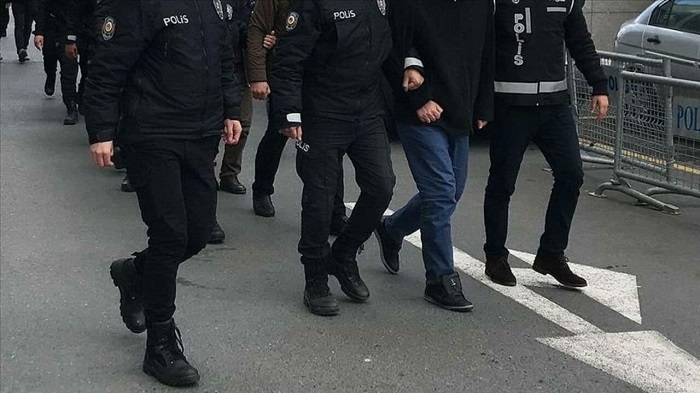 Turkey has become a popular destination for Iranian dissidents and refugees seeking to flee the regime’s clutches in recent years. Meanwhile, Tehran has been very active in the region. To save their sinking regime, the mullahs have been spending billions of dollars of people’s wealth on terrorism and forming networks in various countries.

In some cases, Turkey is used to lure and execute cross-border kidnappings of dissidents. After snaring them in a “honey trap,” the Iranian regime recently arrested and kidnapped two Iranian-Arab citizens in Turkey. The Iranian regime’s attempt to kidnap Mehrdad Abdarbashi, an Iranian ex-pilot, in the border city of Van in October 2021 failed. Eleven agents were detained by Turkish police, including some Turkish citizens.

The Turkish media reported in February 2020 that police had dismantled a terrorist ring planning to kidnap Shahnam Golshani, an Iranian refugee in Turkey. Later, Golshani revealed that some local agents were involved in his abduction attempt. Morteza Soltan Sanjari, Ali Ghahreman Haji Abad, and several retired Turkish army officers were among the 17 members of the regime’s terror squad. Yagub Hafez, an Iranian, was kidnapped in Turkey and transferred to Iran by the same group.

Kidnapping Iranians aren’t the only ominous presence of Tehran in Turkey. Masoud Molavi Vardanjani, an Iranian dissident who ran a Telegram channel exposing the regime’s corruption, was assassinated by Iranian regime agents on November 14, 2019.Later in March 2020, Reuters revealed in an exclusive report that the regime’s diplomats “instigated killing of dissidents in Istanbul.”

“Video footage broadcast on Turkish television after Vardanjani’s murder showed a gunman running past two men as they walked in central Istanbul’s Sisli neighborhood at 10 p.m. on Nov. 14, last year,” according to Turkish officials. Ali Esfanjani, the Vardanjani’s companion who was unharmed, was later identified. Esfanjani “went to the Iranian consulate” in the “morning before the killing,” according to Reuters. “He later met with the gunman to discuss the operation’s details,” Reuters reported, citing Turkish officials.

Terrorism by the Iranian regime in Turkey dates back to the 1990s. Tehran’s operatives carried out several assassinations in Turkey, targeting Iranian human rights defenders and members of Iran’s principal opposition group, the People’s Mojahedin of Iran (PMOI/MEK), and its umbrella organization, the National Council of Resistance of Iran (NCRI)Hossein Abedini, a member of the NCRI, was assassinated in March 1990. Mohammad Mohaddessin, the Chair of the Foreign Affairs Committee of the NCRI.

Ali Akbar Ghorbani, a senior MEK member, was kidnapped in Istanbul in 1992 by an extremist group called Islamic Action at Tehran’s request. Members of the group tortured and killed Ghorbani, then buried his mutilated body in a shallow grave with the help of regime agents dispatched from Tehran.

Terrorists from the Iranian regime assassinated Zahra Rajabi, the NCRI’s representative in Turkey, and a MEK activist on February 20, 1996, at 9:00 p.m. According to Turkish prosecutors, an Iranian regime intelligence agent disguised as a MEK supporter, Reza Barzegar Masoumi, led the assassins to the NCRI office in Istanbul’s Fateh district.

The regime’s strategy has been to use its diplomatic missions and embassies as bases for spies and terrorists.

The Iranian regime has only increased its terrorist activities as a result of the West’s callous approach, using them as leverage to blackmail its foreign interlocutors. Western powers are encouraging havoc to beget chaos by engaging in dialogue with the Iranian regime in order to “contain” Tehran. Any concessions made to the Iranian regime will only strengthen its ability to destabilize the Middle East.