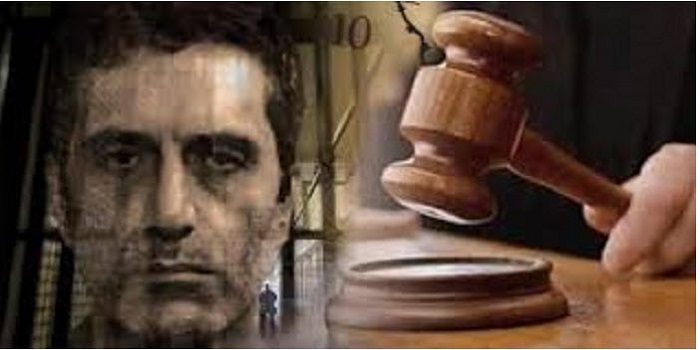 Three Iranian terrorists were attempting to appeal the sentences imposed by a Belgian court in February as of Wednesday. These sentences, which vary from 15 to 18 years, originate from a plot to detonate explosives during the National Council of Resistance of Iran’s (NCRI) 2018 rally.

Asadi transported the explosives to Europe on a commercial flight

The plot would have murdered hundreds, if not thousands, of people, including high-profile parliamentarians and foreign policy experts from the United States and Europe if it had been successful.

After basing his whole argument on the idea that he should be granted diplomatic immunity, the architect of that conspiracy earlier declared that he would not be launching an appeal. When the conspiracy was in the works, Assadollah Assadi was the third counselor at the Iranian embassy in Vienna, and he physically transferred the explosives from Iran to Europe on a commercial flight, using his diplomatic pouch to circumvent security screenings.

NCRI has expressed concern about oversight by Western officials

The NCRI published a statement on Wednesday claiming that the Iranian regime opposed the appeal because it “feared a major defeat” that would have revealed additional specifics about the plot and exposed the regime’s terrorist networks to much greater scrutiny. In the more than three years since the conspiracy was foiled, the NCRI has expressed alarm about the lack of monitoring by Western authorities. Despite the fact that two members of Assadi’s team were detained with the device and a third was discovered infiltrating the NCRI protest, the counterterrorism operation exposed the presence of dozens, if not hundreds, of more agents who could still represent a threat to world security.

While attempting to return to the safety of his embassy, Assadi was apprehended shortly after his co-conspirators. A notebook in which he logged visits and payments to Iranian nationals in at least 11 European countries was discovered among the evidence seized in his car.

These concerns have increased since the election of Raisi

There are concerns that Western authorities are not doing enough to follow up on the intelligence obtained as a result of Assadi’s detention. “The MOIS and the IRGC must be designated as terrorists in their entirety to dismantle regime terrorism,” the NCRI added, referring to the Iranian regime’s Ministry of Intelligence and Security and Revolutionary Guards.

The European nations’ failure to respond to Tehran’s terrorism is part of a broader appeasement policy toward the Iranian regime. A comprehensive policy toward Iran, as many lawmakers have suggested, must consider not only the regime’s external terrorist danger but also its internal human rights abuses and crimes against humanity. Furthermore, since the selection of Ebrahim Raisi as the regime’s president in recent months, such fears have grown.

Raisi was a member of the “death commission” in1988

Raisi was a member of the “death commission” in Tehran in 1988, which was chiefly responsible for the massacre of 30,000 political detainees. He became the head of Iran’s judiciary in 2019 and later utilized that position to oversee crucial sections of a crackdown on dissent in the aftermath of state-wide protests in November of that year.

At least 1,500 individuals were killed in the crackdown, and stories of widespread torture from Iranian prisons continued to emerge for months afterward. However, the lack of foreign retaliation may have emboldened Tehran to reward Raisi for his role in the crackdown and larger contributions to the regime’s brutal repression tactics.

In recent years, high-profile Iranian terror operations have been rare, but as the Assadi case shows, this is not for a want of trying. The 2018 bomb plan may have been one of the worst terrorist assaults on European soil in modern history if not for the intelligence that underpinned the law enforcement operations that apprehended Assadi’s gang. Its failure does not justify Western authorities resting on their laurels, especially given that the rest of Assadi’s network is still free and may be operating under different leadership.