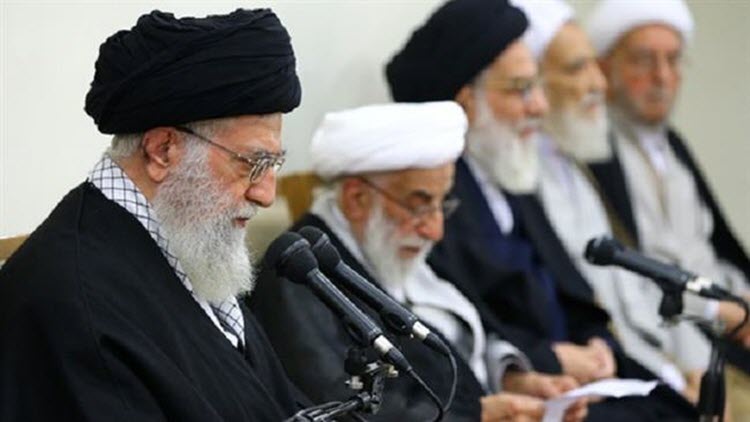 In spite of governmental warnings to presidential candidates on the ground that they “should not be providing food to counter-revolutionaries”, gang-fighting to claim the presidency continues within Iranian regime’s various factions. It is reported that some well-known candidates, who are enrolled in any way and manner, are trying to get their accreditation.

They have threatened that if they did not get approved, they will use the method of open revelations, which would inflame the public.

Iran’s state controlled television, using subliminal messaging, pointed at what former regime’s president Ahmadinejad said, “Some well-known registered contenders are trying every method to obtain their approval and have threaten to inflame society by their public revelations.”

It should be noted that Abdolreza Davari, a close associate of Ahmadinejad, wrote in a tweet on Wednesday, April 19, “Heavy psychological warfare of the oligarchs (oligarchy) authoritarians and colonialists won’t make us to give up. Removal of Doctor Ahmadinejad and Engineer Baghai of the scene of 2017 is not possible.”

The words of Abdolreza Davari were in response to the possibility of Ahmadinejad and Baghai’s disqualification, which was raised in some press releases.

Thus, according to the head of election headquarters in Tehran, efforts to foment provocations on the eve of the election is a big mistake and should not be provided to feed the counter-revolution.

Mohammad Qasim Osmani, a member of parliament, on the eve of presidential election termed Ahmadinejad’s faction as very dangerous and said, “If the Guardian Council authority qualifies Ahmadinejad and his faction, I am the first person to resign from parliament and I do not want my qualification to be confirmed by a Guardian Council that approves an anti-Khamenei.”

Mostafa Zulnoor, also a member of the parliament, described Rouhani’s claims about the atomic accord (JACA) as pure lies.

Alireza Zakani, a candidate from Khamenei faction, attacked Rouhani and said the number of families which have sent their 10 to 14 year old children to look for work has doubled during Rouhani’s tenor.

After protesting letters of Ebrahim Raisi to Rouhani and the head of the state controlled television, which was accused of airing Rouhani’s speeches as a means of promoting the election, Abbas Kaabi, a member of Guardian Council, also said, “Radio and television shouldn’t apply the regime’s achievements as an election propaganda report of a specific candidate.”

IRGC wrote in its News Agency as well, “Radio and television should know the difference between a week of the executive and election. Allocation of this organ as a specific party podium is a big blow to its credibility.”

Despite all such warnings, the regime’s television itself, with the reflection of Raisi’s letter to Rouhani, generated interestingly hostile warfare among regime’s various factions.

Raisi, with writing of two letters to Rouhani and the head of the state controlled radio and television, had criticized the frequent live airing of news about regime president’s activities.

This method of writing letters has even raised critics among Khamenei’s faction toward Raisi. “Before your candidacy approval by the Guardian Council, what is the meaning of writing such recommendation letters to radio and television?”

With all these letters, he came twice to the scene and attacked Rouhani. Once in a gathering of students at the paramilitary Basij, in which he claimed he is not getting paid even a penny from the Astan foundation. He accused Rouhani of inaction and conspiring with criminals and said, “Beyond anyone, executive branch should fight criminals.”

Mohammad Sadegh Amoli Larijani, the head of the judiciary, attacked Rouhani and the regime’s Intelligence Chief Mahmoud Alavi at the same time. Government newspaper Ebtekar wrote, “Amoli Larijani met with members of the House Judiciary Committee about the arrest of Telegram channels administrators and said that their cases have not yet been finalized and what the intelligence minister said is not true information either. There have been some drawbacks in Mr. Minister’s work that it will be said after the definitive closure of the case.”

Rouhani’s faction counterattacks on the rival faction continues, including Mostafa Kavakebian, a member of the parliament, to the Guardian Council with sarcasm on April 30th, said, “I wish that presidential candidates, in addition to physical health, that a certificate of psychological health was added, as well as a condition to determine why some candidates have been delusional.”

However, Hossein Nouri Hamadani, as a so-called a source of emulation in Qom and very close to Ali Khamenei Iranian regime’s supreme leader, said, “Protest against the Guardian Council decision must be announced “religiously forbidden”. And it must be announced that anyone who tries to protest the Guardian Council decision not only commits a sin, but also is a corruptor on earth.”

Third week of demonstrations against the Iranian regime