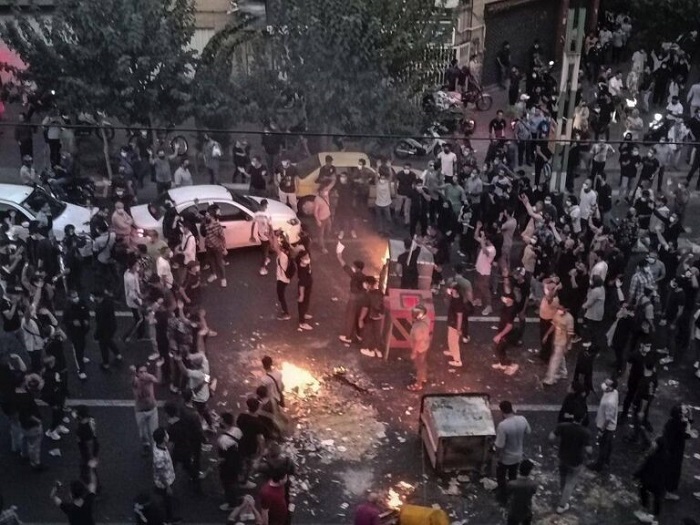 On Saturday, Iran’s revolution will mark its 100th day since the day Mahsa Amini, a 22-year-old Iranian Kurdish woman, was killed in police custody for allegedly violating the country’s strict dress code for women. Since that day, Iran has seen unprecedented and unrelenting anti-regime protests, which have evolved into a nationwide call for the mullahs’ regime to be overthrown.

Protesters across the country are chanting anti-regime slogans such as “Death to Khamenei!” and “Death to the dictator!” in reference to regime Supreme Leader Ali Khamenei.

Protests in Iran have now spread to at least 280 cities. According to sources from the Iranian opposition People’s Mojahedin of Iran (PMOI/MEK), the regime’s forces have killed over 750 people and arrested over 30,000. The MEK has released the names of 601 protesters who were killed.

A group of students held a protest rally in Tehran’s Tehranpars district, chanting “Death to Khamenei!” and “Death to the dictator!”

In other news from Tehran, residents began chanting “Death to the dictator!” in the City Theater Metro Station, prompting security forces to fire tear gas into the building. Protesters in Tehran’s Narmak district took to the streets as well, chanting, “Khamenei, you dictator! We will bury you!”

Following mass prayers yesterday, Iran’s Baluchi community began their weekly Friday rallies and took to the streets for anti-regime demonstrations. Protests of this nature have been reported from cities across the vast Sistan & Baluchestan province of southeast Iran.

As people left their mosques after Friday prayers and began chanting anti-regime slogans, brave protesters in Zahedan and Rask launched a massive demonstration against the mullahs’ regime on Friday morning. A large crowd of demonstrators was seen chanting a variety of slogans in Zahedan, the capital of Sistan & Baluchestan Province, including “Death to Khamenei!” and “Death to the dictator!” as well as other slogans condemning the regime’s security forces and the mullahs’ countrywide crackdown measures.

“Our fellow Baluch compatriots came to the streets in Zahedan. They rebuffed the regime and its accomplices with chants of ‘Death to Khamenei!’ ‘My dear brother, we will take back your blood,’ and ‘We will not surrender; we will die or be victorious,’” the NCRI President-elect explained.