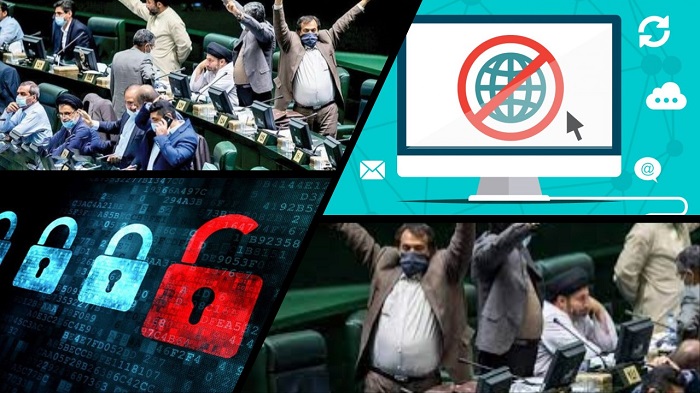 The internet outage in Iran has turned into a huge problem, resulting in a conflict among Iranian government officials. Many people have already warned the administration about the negative repercussions of their decision to slow down and restrict internet access in the country. Clearly, the Iranian people’s increased use of social media to communicate and coordinate anti-government protests and marches motivated the decision. The regime is also scared of the public’s ability to get news and information about the actions of the People’s Mojahedin of Iran (PMOI / MEK Iran), and the Resistance Units via the internet.

On February 22, the regime’s government spokeswoman was quoted by the state-run news agency ISNA as saying, “The main cause for the poor speed of the Internet, especially in the fixed Internet, is due to the Coronavirus surge.” Since the current coronavirus peak, the internet has been disrupted, particularly the fixed internet. The current bandwidth infrastructure, particularly fixed internet, is insufficient to meet the country’s current needs and cannot cope with the current coronavirus outbreak.”

Iranians, as expected, dismissed his assertions, with many taking to social media to mock the regime for their shameless statements, claiming that nothing similar had happened in prior peaks, so why now?

Even state media outlets, such as the Fars news agency, criticized the government’s claims the same day after the regime’s spokesperson said: “Recent grievances show that these answers have not been a convincing answer for users, and people still have questions and ambiguities about the slowness and disruption of the Internet.”

One of the regime’s MPs and the Secretary of the Joint Internet Protection Plan Commission, Mehrdad Vayskarami, specifically mentioned “the sensation of fear and threat.” “Whenever acute political and security issues occur in the country, the government decides to ban the Internet,” he said, according to the state-run Hamdeli daily.

“I am referring to Article 22, paragraph 11,” MP Mohammad Taghi Naghdali stated, pointing out the underlying goal behind the decision to restrict and slow down the internet. Today in Albania, 200 ‘hypocrites’ (MEK/PMOI) are poised to destroy the revolutionary government and parliament. The joint commission has discussed the protection of cyberspace users’ bill in 48 sessions and plans to convene the other 10 sessions. Even though the esteemed chairman has approved this bill today, it is still neither beneficial nor fruitful.”

Given the regime’s previous experience dealing with technology, the Hamdeli daily projected on February 20 that the regime’s decision would ultimately fail. “We have gone to battle with technology many times in recent history, from video, satellite, radio, and television to Telegram and Twitter,” it stated. The outcome of the battle against such technology has been known since the outset. Even today, anyone who believes that reducing bandwidth and filtering is the best approach to regulate the Internet and cyberspace will be disappointed.”

The state-run daily Farhikhtegan cautioned the government on February 24 that the plan would likely lead to public disobedience and that “policymakers’ control over this space will ultimately be gone.”

The same newspaper warned the government, quoting Nasser Imani, one of the regime’s specialists, that “approval of the protection plan undermines the social capital of the system,” and that the parliament’s approach was “dangerous.”

Mohamad Jafar Nanakar, a former regime official in the Ministry of Information and Communications Technology, cautioned the government in another article published by the same newspaper. “If this plan is implemented and stabilized, it will cause dissatisfaction. If carried out, this proposal will also cause international issues. “It will undoubtedly be addressed by the UN Human Rights Council,” he said.