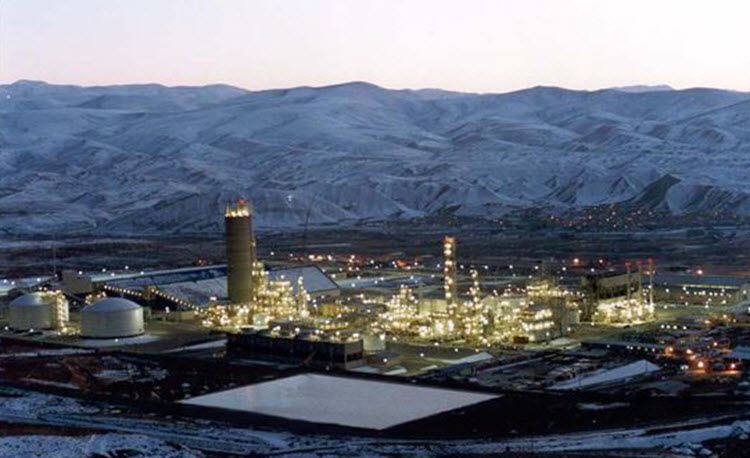 Iran’s tattered economy continues to be the subject of damning reports revealing the extent of the country’s economic depression. 60% of industrial and manufacturing units in the county of Gachsaran, southwest Iran, are currently closed.

Tansim news agency, closely linked with the Islamic Revolutionary Guards Corps (IRGC) quoted Reza Sharifi, the Gachsarani head of the Department of Industry, Mining and Trade as saying over half of the area’s industry is partially or completely shut down.

“Recession, lack of working capital and financial resources, and banks’ deferred debts are the main reasons for the closure of 60 percent of industrial and production units in the city. And a number of workers in these units are forced to stay at home.” – Reza Sharifi

Gachsaran’s capital city is Dogonbadan. The city currently produces 30 percent of the country’s oil and makes a huge contribution to the country’s revenue. Dogonbadan is known as the world’s fifth largest repository and producer of oil, and the second largest producer of gas in the country.

Sitting close to the Persian Gulf and the Iraqi border the failure of such a latently wealthy area demonstrates the desperate situation Iran has been placed in after decades of economic sanctions.

Continuing unemployment and economic recession is sparking protests and social movements across the country. Activists, journalists, teachers and trade unionists have all born the brunt of the repressive measures enacted by the Iranian government. International condemnation from the media, supra-national and non-government organisations has not been matched by powerful nation-states who are reluctant to aggravate an already fraught region.