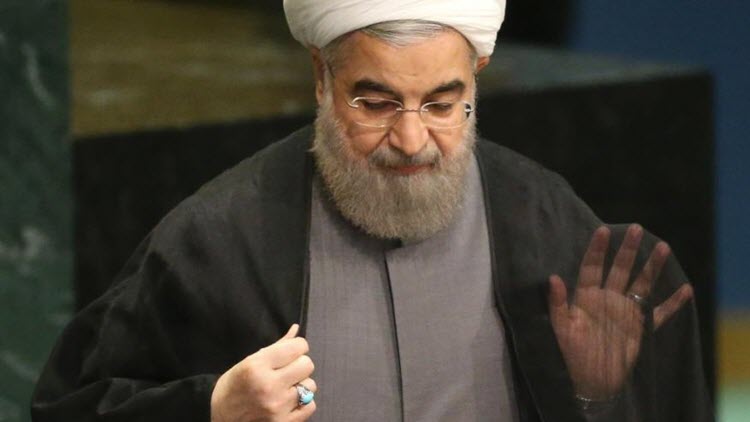 In hisarticlefor the American Thinker,Heshmat Alavi, political and rights activist focusing on Iran, writes about policy making in Iran.

As the Iran presidential election grows near, a precise look at the policymaking mechanisms at work in this regime is needed.

With Hassan Rouhani as its president, the regime tries to portray an image of a government mending fences with the international community. However, true political change has not occurred in Iran. The “reformist-moderate” initiative in Iran has strengthened and secured the power of the Iranian Supreme Leader Ali Khamenei and the Revolutionary Guards (IRGC).

That there are two divergent political trends in Iran, with one taking a “hardline” approach that is led by the Khamenei-IRGC camp, and the other, a more “reformist” attitude by Rouhani and his mentor, the late former president Akbar Hashemi Rafsanjani is misleading.

Alavi writes, “Yet the harsh reality is that these seemingly competing trends are quietly harmonious in practice. Khamenei continues to monopolize power in Iran, while in need of the rival camp to portray a satisfactory canvas of his regime to the outside world,” and adds, “Khamenei has the last word on all national security and foreign policy matters. Concern at times raised by outside analysts over escalating tensions between the two sides over subjects such as the nuclear deal are the result of Iran’s deceptive propaganda machine at work. The regime, in its entirety, focuses on swaying all attention far from the true policymaking mechanics at work deep in Tehran.”

Khamenei’s personal blessing allowed Rouhani to become president, in an attempt to diver the potential for another 2009-style uprising brewing in Iran. Khamenei’s lever to control all elections is the Guardian Council, who, by vetting each and every candidate, has the authority to bar any individual considered unpalatable. Khamenei considered Rouhani useful, or else he would have been disqualified.

Alavi writes, “Tehran is taking advantage of the Iran nuclear deal as a medium to calm domestic unrest and to revive the IRGC’s former economic stature. To this end, Khamenei needed a figure such as Rouhani to help convince the international community to make the deal. Of course, Tehran also enjoyed a major lifeline through the pro-appeasement dogma adopted by U.S. President Barack Obama.

In the meantime, Khamenei also needed to preserve his domestic image, as kowtowing to foreign pressure would be recipe for disaster. This is where the regime pursued a two-faced approach. While Rouhani and his top diplomat, Mohammad Javad Zarif, played “good cop” shaking hands with the “Great Satan,” Khamenei remains the “bad cop” in resorting to blatant rhetoric against America and Co.”  He adds, “This double-standard policy, pursued in parallel, has become the doctrine for the Iranian regime to maintain control over increasing domestic agitation while presenting an appealing portrait to the outside world.”

99% of so-called “reformist” candidates were eliminated in the February 26 parliamentary elections.this provides a preview to the upcoming presidential elections, with higher stakes at play.

Iran’s behavior will render nomeaningful change within. Nor will Tehran abandon regional ambitions into which it has invested billions. This includes Syria, Iraq, Yemen, and Lebanon. In fact, boosting efforts to realize such objectives is Iran’s goal.

Recent developments in Syria, with Russia and Turkey spearheading a ceasefire agreement, are completely against Iran’s interests while Khamenei remains in control.  This goes along with the snowballing dissent inside Iran, on the verge of  the May 2017 presidential election.

“The 37-year-old experience of the destructive and murderous mullahs’ regime in my country has shown that no degree of political and economic concessions, which have been carried out at the expense of the Iranian people, have led to a change of behavior or policies of the Iranian regime either inside or outside of Iran,” said Iranian opposition leader Maryam Rajavi, President of the National Council of Resistance of Iran, an umbrella group of dissident entities including the People’s Mojahedin Organization of Iran (PMOI/MEK).

Sanctions relief for Tehran won’t last long. The international community and the new administration in Washington, will most likely take advantage of the nuclear deal to increase pressure on Tehran, forcing it to start abiding by international laws and standards.