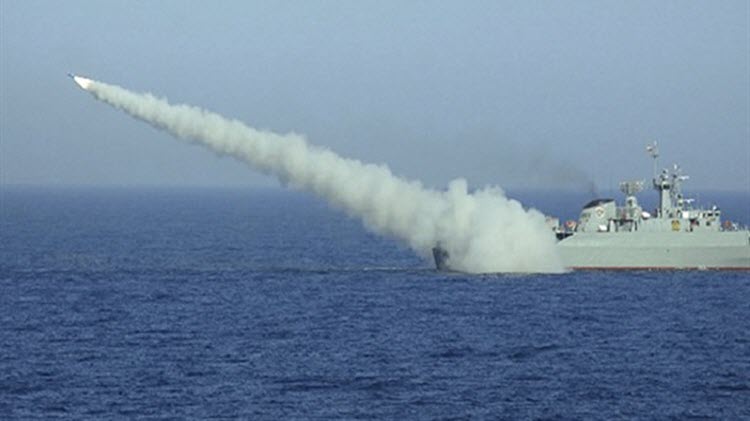 A naval commander confirmed that Iran is carrying out naval drills in the Indian Ocean and at the mouth of the Gulf.

This news comes just as tensions are rising between the Trump administration and Iran.

President Trump has vowed to be tough with Iran and has warned the Islamic Republic that its provocations will not be tolerated. He put Iran “on notice” after its test-firing of a ballistic missile at the end of January.

Iran was warned that it was playing with fire and the Trump administration declared that no options had been ruled out, implying that military action is a possibility.

State media in Iran said that the country’s annual exercises will be carried out in northern parts of the Indian Ocean, the Strait of Hormuz, the Gulf of Oman and the Bab el-Mandab in an area of roughly 772,000 square miles. The US Navy’s Fifth Fleet is in the area to protect shipping routes.

Rear Admiral Habibollah Sayyari told state media that the military was training to fight against piracy and terrorism.

Waterways that run alongside the Yemeni and Iranian coastlines are where millions of oil barrels pass through on the way to Asia, Europe and the United States.

The drills will include helicopters, navy ships and submarines.

Iran’s Revolutionary Guards (IRGC) were recently involved in the provocation of vessels in the area. A US Navy destroyer was left with no choice but to fire several warning shots to the Iranian vessel.

Former President of Iran Mahmoud Ahmadinejad sent a long letter to President Trump on Sunday in which he criticized the travel ban that the US President tried to impose on seven Muslim-majority nations – one of which was Iran.

Ahmadinejad said that there are around one million people of Iranian origin living in the United States and called on the country to create policies that “value respect toward the diversity of nations and races”.

He said: “In other words, the contemporary US belongs to all nations, including the natives of the land. No one may consider themselves the owner and view others as guests or immigrants.”

Ahmadinejad also criticised the dominance of the US over the United Nations and said that the US has caused “insecurity, war, division, killing and (the) displacement of nations” because of its meddling.