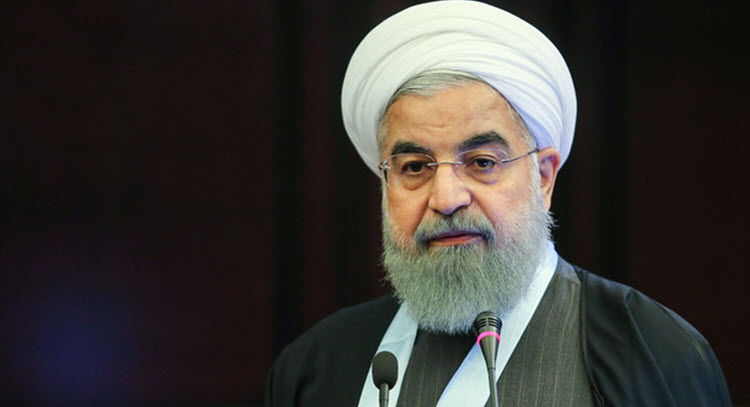 A Rouhani campaign official, spoke on the condition of anonymity because he was not authorized to brief reporters, confirmed that a censored segment showed supporters chanting for opposition leader Mir Hossein Mousavi. A member of the Green Movement that hard-liners oppose, Mousavi has been under house-arrest since 2011.

A photo of former President Mohammad Khatami, was also taken out, according to the campaign official. Since 2015 Khatami’s name and image have been banned in Iranian media. Removed as well was an Iranian student’s remark, in which he said that Supreme Leader Ayatollah Ali Khamenea supported the 2015 nuclear deal between Iran and six world powers.

Rouhani’s past speeches, made during his visits to various provinces made up the bulk of the documentary.

Khatami announced his support for Rouhani earlier this week, and Mousavi supports Rouhani. Rouhani vowed to lift Mousavi’s house arrest in his 2013 campaign, but his promise has yet to be fulfilled.

On Monday, IRNA news agency published the results of a survey showing that some 64 percent of a 6,047 person sample group will be voting. 20 percent said they were still undecided. 55 percent of the surveyed had decided on their candidates. 45 percent of them said they support the moderate-reformist camp, and more than 23 percent supported conservative, hard-liner groups.

In the 2013 presidential election, Rouhani won nearly 51 percent of 37 million votes, when 73 percent of voters turned out. Today nearly 55 million voters are eligible to vote in the election.

At the opening ceremony of Tehran’s international book fair, Rouhani said ,“Criticism is the right of the people and of all groups. What is not acceptable is when someone, rather than criticize, wants to use the public treasury to destroy an administration elected by the people and with the majority of the votes. This is something the administration won’t accept.”

Rouhani’s documentary is called, “I am Rouhani,” and it went online on April 27.