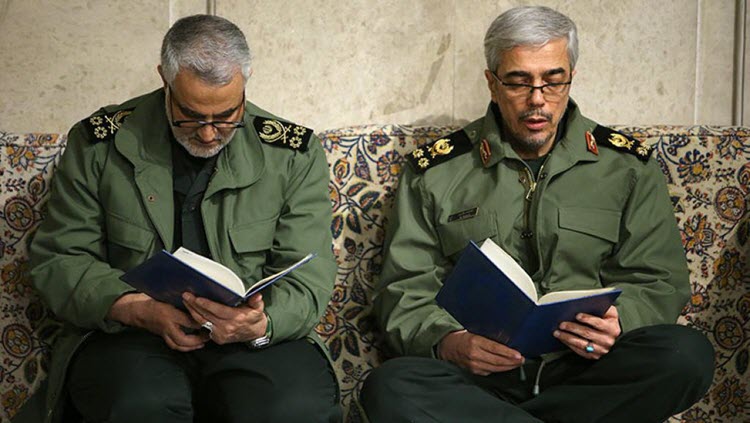 The National Council of Resistance of Iran (NCRI) recently held a press conference to highlight the ways in which Iran’s Revolutionary Guards Corps (IRGC) is gaining wealth which is in turn being used to fund the spread of terrorism throughout the Middle East and to support terrorist groups abroad.

The opposition gave details about nearly 100 docks in Iran that are controlled solely by the IRGC. They highlighted that Ali Khamenei, the Supreme Leader of Iran, ordered for there to be no controls or checks on the docks that the IRGC is in control of. This way, goods can be smuggled in and out of the country.

The information obtained by the NCRI comes from its PMOI network which has assets not just in Iran, but also within the Iranian regime and the IRGC itself. In 2002, the NCRI was able to reveal details about the Iranian nuclear program that intelligence elsewhere was able to provide.

However, never mind goods on the black market, the most disturbing news is that the IRGC has been smuggling large shipments of weapons to other areas in the Middle East, notably Syria, Yemen and Bahrain.

The IRGC is becoming richer and richer and is taking control of a larger portion of the Iranian economy. This is turn is giving the terrorism budget a big boost, but it is plundering the money of the Iranian people who are in dire need of it. The people of Iran are suffering from the effects of a very poor economy, and the social conditions and services are dire. A large percentage of the population is living below comfortable standards and many people are denied the right to a proper education. Unemployment and employment conditions are worse than ever.

Several countries have described Iran as the number one state sponsor of terrorism, and this is mainly down to the actions of the IRGC.

So far the international community has been reluctant to deal with the IRGC. The West has concentrated on the Quds Force – a foreign operations wing of the group, but not on the main body itself.

In the past few months, the IRGC has been sending its fast-attack navy vessels to provoke other vessels. In one such incident, Iranian vessels approached a US surveillance ship that was accompanied by British Royal Navy ships. The Iranian vessels continued the provocation until warning shots were fired by the US vessel.

It is clear that the power of the IRGC is all-encompassing in Iran. For this reason, the West needs to confront this and constrain it. The most effective way of doing this would be to designate the IRGC as a foreign terrorist organisation and to sanction all its economic activities. Many US officials have already called for this action, but it needs to be supported, not just on a domestic scale in the US, but on the international front too.