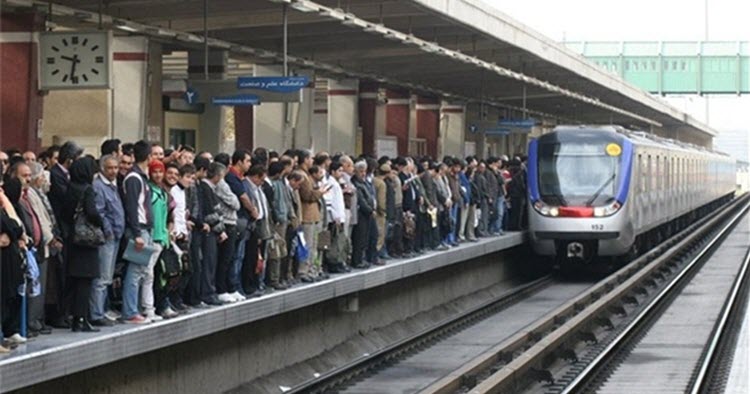 A member of the City Council of Tehran disclosed that the 4 thousand and 200 people known as ‘the qualified workforce’ whom have been hired by Tehran Urban & Suburban Railway Operation Co. from 2012 to 2013, are outrageously underqualified, as the General Inspection Organization of Iran (GIO) reported.

The Head of Commission on Health and Environment of Tehran City Council, Rahmatollah Hafezi, in a closed session held on February 27th called for an investigation into the violations committed by Tehran Metro Company.

The Chairman of the City Council, Mehdi Chamran admitted to the violations; stating that “the Mayor had made a mistake” but “does this count against anyone?”

Rahmatollah Hafezi posted the details about the violations on his Telegram channel. The audio file recorded the dispute between Hafezi and Chamran has been shared in social networks. Hafezi claims that the 400 people who have been hired as the surplus workforce out of 4200 individuals are aged above 40 and 50% of them hold the certificate below diploma level. Additionally, 30% of those hired have studied until 5th grade and below, or they are illiterate. The level of their salary, as well as overtime payments, has reached from 4 billion Tomans ($1.2 million) in 2011 to 15 billion Tomans ($4.6 million) in 2012 with 275% of increase. However, the level of salary ranges from 9 to 11 million Tomans ($2700-$3400) per capita.

It is noteworthy that 300 individuals, known as the qualified workforce of Tehran Metro Company, have not been listed in the report of GIO.

On the audio file released, Rahmatollah Hafezi admitted that some religious singers! were also among unauthorized applicants. Prior to this, Shargh Newspaper reported in January 2015 that 2 thousand and 715 female and male applicants have been arbitrarily hired in Tehran Metro Company in 2013 (before presidential elections) without taking any employment test.

According to the reports, Ali Mohammadgholiha became the Chief Executive of Tehran Metro Company in 2011 without having any job experience in this field. He began to hire unqualified workforce until the presidential election in which the incumbent Mayor of Tehran, Bagher Ghalibaf stood as a candidate.

Ali Mohammadgholiha is the relative of Haj Mansour Arzi who is one of the most influential eulogizers close to the Supreme Leader. Thus, a large number of eulogizers are being hired by Tehran Metro Company.

Meanwhile, a controversial news leaked this summer about the discounts allocated to the managers and councilors affiliated with Mohammad Bagher Ghalibaf by the Municipality of Tehran to purchase expensive houses in the north of Tehran.

Despite the fact that Ghalibaf confirmed such violations ultimately, the journalists who revealed documents got arrested. The judiciary of Iran also posed the threat that those who disclose such documents will be prosecuted in the future.