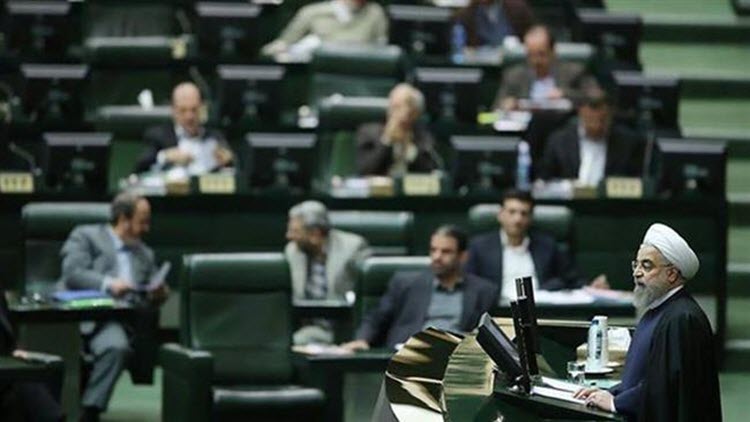 The Daily Mail in the UK has published an article about how Iran’s President Hassan Rouhani still sees the United States as the enemy, despite the lifting of sanctions.

Rouhani, who is likely to run for a second term in May next year, has been criticised by conservatives for allowing too many concessions during the nuclear deal negotiations. However, in a speech on Tuesday to university students Rouhani said that supreme leader Ayatollah Ali Khamenei had been consulted and Rouhani had not made the decisions alone.

He said: “We took no step on the JCPOA issue without consulting the honourable leader.”

Since the Iran nuclear deal was signed, the Islamic Republic has increased its oil exports but it has been unable to successfully get back into the international financial system. Many of the large banks in the West are hesitant to negotiate with Iran “for fear of remaining non-nuclear US sanctions”. This means that Iran cannot attract large foreign investments – something that Rouhani says is imperative if the country is to improve its battered economy.

Rouhani said that the United States’ decision to renew sanctions for another decade would provoke a “harsh reaction” and added that it is proof that America is still an enemy.

“America… is our enemy, we have no doubt about this. The Americans want to put as much pressure on us as they can,” he said.

Last week the Iran Sanctions Act passed the US Senate 99-0, after easily clearing the House of Representatives in November.

According to a White House official, it is expected that President Barack Obama will sign the measure into a law. They added that Obama’s administration does not view this extension as a violation of the Iran nuclear deal.

“Obama has suspended sanctions related to Iran’s nuclear programme since the agreement went into effect at the start of the year. But Iran says that even if the nuclear sanctions remain suspended, just keeping them on the books amounts to a breach of the agreement.”

Rouhani said: “If this is implemented (…) it would be a blatant and clear breach of the JCPOA (nuclear agreement) and would face a very harsh reaction from us.”

However, the Daily Mail pointed out that the language used in the agreement is open to several different interpretations. It states that the United States must “cease the application of (…) all nuclear-related sanctions” but whether Washington can keep them in reserve for possible use in the future is not specified.

Ali Larijani, a conservative parliament speaker, said at a press conference on Tuesday that some elements of the deal were “rushed”. He said: “Some of the sections of the JCPOA should have been written with more precision to stop differing interpretations. I believe Iran should file a complaint in regard of the Americans’ breach of the JCPOA.”