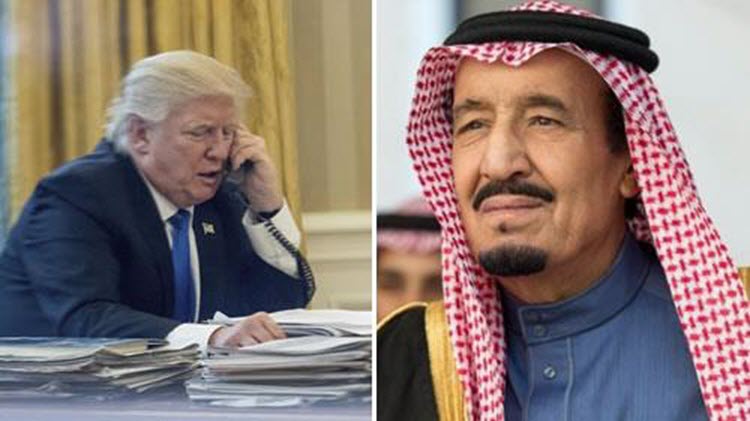 On Sunday, the White House signalled that Saudi King Salman and President Trump would like to “rigorously” enforce the terms of the Iran nuclear deal. President Trump has voiced his great concerns over the deal and threatened to scrap it.

However, it seems like it would be better, at least in the short term, to renegotiate the deal terms and ensure that Iran adheres to its obligations. Barack Obama warned Trump before he left the White House that it would be a bad idea to undo the deal as it had already shown “significant and concrete results”.

Trump and Salman spoke on the phone and agreed that Iran is a huge destabilising factor in the Middle East and its spreading of “radical Islamic terrorism” must be stopped. They are also said to have agreed that safe zones need to be established in Syria and Yemen.

On Monday, the official Saudi Press Agency confirmed that Trump and Salman had spoken on the phone. Although it did not mention Iran specifically, it said that the two leaders held the same position on certain issues. One of the issues was “confronting those who seek to undermine security and stability in the region and interfere in the internal affairs of other states”.

The Saudi Press Agency also confirmed that the two leaders would like to formulate “the appropriate mechanisms” in order to counter extremism and terrorism.

Saudi Arabia has accused Iran of interfering in the internal affairs of other nations on numerous occasions. Trump too has expressed his thoughts on Iran and many members of his administration have anti-Iran stances.

The Press Agency said that both Trump and Salman have invited each other to their countries. “The two leaders agreed to schedule the visits in the coming period.”

The relationship between the two countries goes a long way back and is based on the exchange of American security for Saudi oil. However, the relationship started to deteriorate during the Obama administration.

Leaders in Saudi Arabia felt that former president Obama was hesitant to get involved in regional conflicts including the Syrian civil war.

However, the current foreign minister, Adel al-Jubeir, believes that Trump and his administration are going to invest more time in the Middle East and will start to rebuild relationships with regional allies.