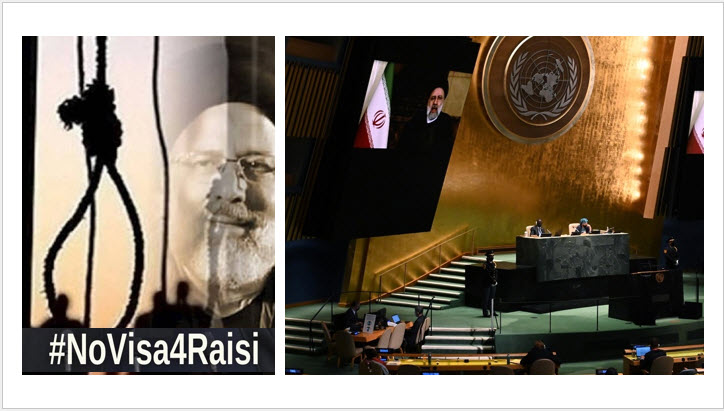 This allowed him to carry out the supreme leader’s fatwa, which called for the execution of anyone who supported the leading democratic opposition, People’s Mojahedin of Iran (PMOI/MEK), or opposed the clerical regime. Raisi aided in the interrogation of political prisoners at the Evin and Gohardasht Prisons for about three months that year, after which the death commission commanded the immediate hanging of anyone found responsible for “enmity against God.”

More than 30,000 people were killed nationwide in Iran in the massacre of 1988, with about 90% of the victims being PMOI members or supporters. The Tehran death commission was unquestionably in charge of the majority of those killings, despite the fact that similar bodies had been gathered all over the nation.

Furthermore, before the massacre, the regime’s then-supreme leader, Ruhollah Khomeini, personally gave Raisi a broader mandate in recognition of his unusually enthusiastic implementation of the blanket death sentence.

In response to vocal public opposition to the repressive climate surrounding the 2019 mass killings, Raisi’s appointment was intended to give the go-ahead for additional crackdowns. The MEK “Resistance Units” have since organized several additional uprisings against the regime, all of which have been somewhat correlated with their rising public profile.

The culture of repression has unmistakably gotten worse, despite the people’s continued defiance. In Iran, the number of executions has nearly doubled since Raisi’s appointment, with more than 600 having been carried out so far in 2022 compared to just over 300 throughout the entirety of 2021.

The enforcement of repressive laws, such as those that forbid the practice of minority religions and require women to wear hijabs and keep themselves apart from men in society, has increased overall at the same time as political arrests have increased in frequency.

All of this highlights Raisi’s well-known reputation as an unscrupulous criminal. For the international community, this should raise concerns about the impact of the Iranian regime’s brutality on the prevalence of terrorist threats. Those threats have increased significantly since Raisi took office, with some of the most recent incidents being blatantly directed toward the same objectives that drove his actions during the 1988 massacre.

The perpetrators of the 1988 massacre have yet to face justice. However, steps in that direction have been taken in recent years. After traveling to Sweden, Hamid Noury, a former prison official from Iran, was detained in 2019. He was charged with war crimes after taking part in the 1988 massacre at the end of the eight-year Iran-Iraq War. In July, Noury was finally sentenced to life in prison.

A lawsuit against Ebrahim Raisi was filed in the US federal court system the following month by survivors and family members of the 1988 massacre. The suit was accepted by the Southern District of New York, and while it is unclear whether it will go to trial, it already stands as a rare and vital recognition of Raisi’s history.

When issuing Raisi a visa to travel to New York for the UN General Assembly, the US government shouldn’t disregard his criminal history. This action could further Tehran’s already pervasive sense of impunity at a time when Raisi’s presidency makes it even riskier for the world.