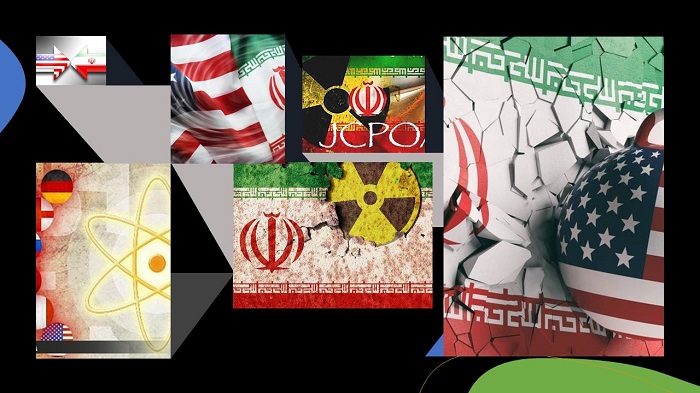 Last week, the most recent attempts to resurrect the 2015 nuclear deal with Iran failed. The Iranian regime, as expected, intensified its nuclear extortion. On November 29, three days after resuming negotiations with international powers, Tehran accelerated building on a nuclear site buried deep into a mountain. It also adds to a laundry list of maximalist demands at the same time. As a result of all of this, even Europeans have warned that unless Tehran changes its attitude immediately, the negotiations would fail.

“Iran does not appear to be serious about doing what is necessary to return to compliance right now,” US Secretary of State Antony Blinken said, “which is why we ended this round of talks in Vienna.”

However, when the current talks went down, the regime’s main negotiator, Ali Bagheri Kani, declared forcefully that Tehran “will not back down from its demands,” including the disputed demand that the US withdraw all sanctions before the regime honours its obligations.

A spokesperson for Germany’s Foreign Ministry said on Monday that the regime had been invited to make serious ideas in discussions. She stated that Tehran’s plans are “not a basis for a successful conclusion to talks.” Iran’s nuclear programme is progressing in conjunction with the discussions, according to a German Foreign Ministry spokeswoman.

The International Atomic Energy Agency (IAEA) raised alarm on December 1 when it announced that Tehran had begun enriching uranium to a purity of 20% at the Fordow plant. The 2015 nuclear deal, formally known as the Joint Comprehensive Plan of Action (JCPOA), fully prohibits uranium enrichment at Fordow, therefore this is a significant breach of the agreement. The IR-6 centrifuges are substantially more efficient at enriching uranium than the previous generation of IR-1 centrifuges.

Meanwhile, Tehran is clearly biding its time by entrenching itself in maximalist and impossible positions, such as the relaxation of all sanctions, while making new unrealistic demands. Simultaneously, the mullahs have vowed to enrich uranium to 90% purity, a clear attempt to coerce world powers into making concessions. All of this has Western nations questioning Tehran’s commitment to the talks.

The government continues its march toward the bomb

While the government continues its march toward the bomb, the West should not fall prey to Tehran’s long-standing pattern of nuclear blackmail.

The fact is that the domestic situation is the most important factor in the mullahs’ actions. The more the regime is pressed internally, the more it sees a nuclear weapon as an essential strategic necessity for existence. Economic incentives ring hollow for a regime that does not care about the well-being of the Iranian people, as Western counterparts should recognise. Rather, the mullahs are scrambling to find a method to quell a quickly growing wave of domestic opposition, which is precisely what prompted Raisi’s rise.

The all-too-familiar pattern of nuclear blackmail

Because of the internal threat, the Islamists’ struggling Supreme Leader Ali Khamenei has inexorably connected his regime’s survival to the nuclear programme, according to Mrs Maryam Rajavi, the President-elect of the National Council of Resistance of Iran (NCRI). The governing mullahs, who are stuck in interminable political, social, economic, and environmental crises, will never quit their nuclear weapons development.

#Iran: The regime’s “nuclear blackmail,” its unlawful maritime adventurism, and its ongoing threats against detained Western nationals should all be understood as the regime's efforts at blackmailing the West
By: @amsafavi #NoImpunity4Mullahs #Nuclear https://t.co/2jTOtBMy0a