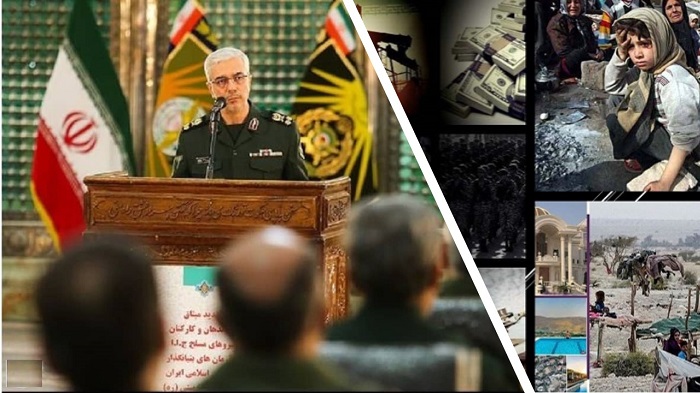 According to the regime’s semi-official Tasnim news agency, which is linked to the Revolutionary Guards (IRGC) Quds Force, Maj. Gen. Mohammad Bagheri, Chief of Staff of the Iranian regime’s armed forces, said on Monday that if US sanctions are lifted, Iran will be one of the world’s largest arms exporters.

“If the criminal US sanctions are abolished, we will become one of the world’s largest armament exporters,” Bagheri added, emphasizing that the regime requires particular equipment from other countries.

“We are more than self-sufficient in weaponry and equipment, formulating plans and policies, operational planning and tactics, and what we must do in the defense and security of the country in terms of self-reliance, self-confidence, and self-sufficiency.” Even the Europeans, aside from the world’s three major superpowers, are not self-sufficient in this sense, according to Bagheri.

The Chairman of the Foreign Affairs Committee of the Iranian opposition coalition National Council of Resistance of Iran (NCRI), Mohammad Mohaddessin, reminded that lifting sanctions on Iran’s regime is tantamount to Tehran providing weapons to Hezbollah and other terrorist proxy groups in the Middle East, escalating regional warmongering, killings, and insecurity.

As the regime’s top military officer, Bagheri is obviously aware that lifting sanctions will only increase the regime’s belligerence across the Middle East. It’s worth remembering that Amir Hatami, the defense minister of the Iranian regime at the time, stated in 2020 that the mullahs continued their armaments cooperation with a number of countries despite the regime’s being subject to weapons trade restrictions.

The UN arms embargo against Iran expired in 2020, but US sanctions prohibiting the regime from selling weaponry remain in effect. Hatami asserted that once the UN embargo is lifted, the regime’s arms exports will outnumber its purchases. In Iraq, Lebanon, Syria, and Yemen, the mullahs’ dictatorship has a lengthy history of sending weapons to a long variety of proxies.